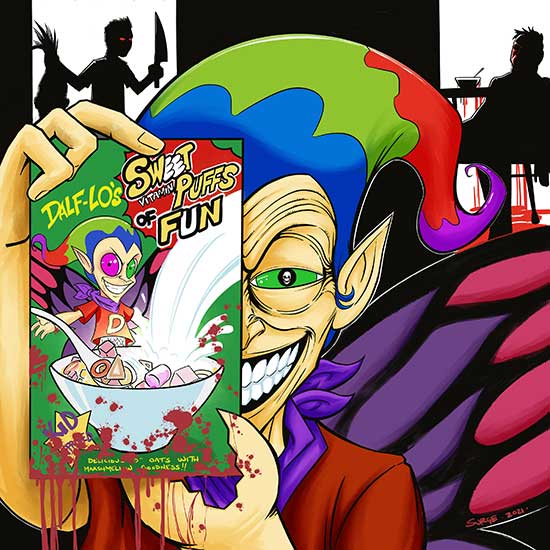 I would like to share information about a recently launched Kickstarter campaign for a comic book that will introduce a completely new horror monster genre. The planned book is entitled ‘Dalf-Lo: A Cereal Worth Killing For!‘
The series is about a cartoon breakfast cereal mascot who corrupts and controls children with his cereal, to the point the kids become ravenous beasts willing to kill their parents in order to get more cereal. It is the first comic to take the purity of breakfast mascots like Tony the Tiger or the Trix Rabbit, and turn the idea evil and malicious! We would love to know what you think and if you would be interested in sharing this campaign with your readership.
Here is the link: www.kickstarter.com/projects/zelphacomics/dalf-lo-a-cereal-worth-killing-for-horror-book
Share