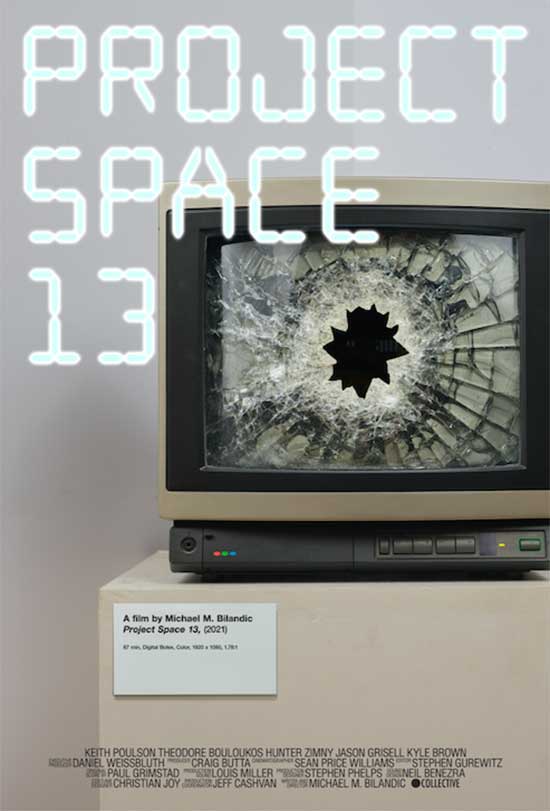 Nate (Keith Poulson), an emerging performance artist, finally gets a coveted show at a Manhattan gallery BUT right as he begins his durational, provocative piece the entire city shuts down for COVID-19. Unswayed, he locks himself in the white cube space to continue his performance for an audience of none. As tensions flare outside, the gallery hires private security to watch over him and his art. Over the course of one night, two armed guards and Nate argue about everything, reveal their darkest secrets, and prepare for the worst. PROJECT SPACE 13 is an irreverent satire of upper class dilettantism, desperate institutions and rampant paranoia in hyper uncertain times.