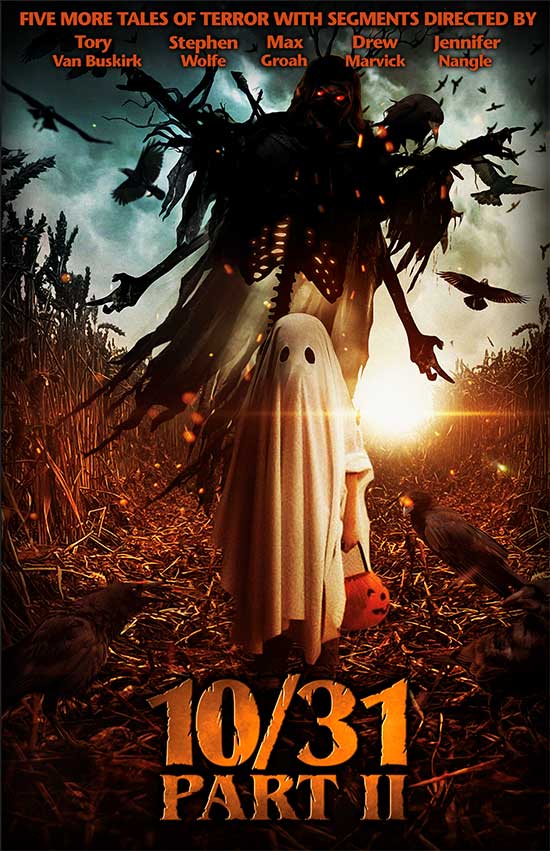 10/31 Part II is the second installment of the popular Halloween themed anthologies that taps the best directors, actors and composers from the indie film world and brings them all together to make one terrifying feature.
Premiering on Demand and Digital August 13 from Terror Films, the film stars Jennifer Nangle, Anastasia Elfman, David E. McMahon, Tim Robinson, Rhema Srihartiti and London Grace.
“As a huge fan of horror growing up, especially anthologies like Creepshow and Tales From the Crypt, I was thrilled to be able to work with a group of such talented writers, directors and actors to make our own anthology film come to life”, says producer Rocky Gray.
10/31 Part II on Demand and Digital August 13.
Share