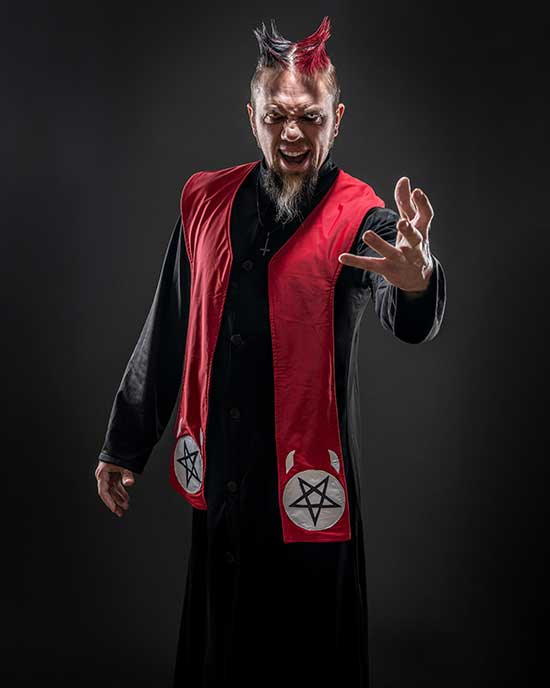 Ryzin is a professional wrestler who has been wrestling for over a year with All Elite Wrestling.  One of the unsung heroes of the pandemic, Ryzin was a consistent competitor on AEW dark and never missed an episode of being front row and center in the crowd of AEW dynamite (when wrestlers and extra talents were some of the “only crowd” the company was able to use.)

Being a consistent member of the roster for the pandemic year made Ryzin became quite popular With the growing audience of All Elite Wrestling, despite never winning a match. Some of the wrestlers who shined during the pandemic were signed to contracts through the expanding company and there are a few who have yet to become “All Elite.”

However, one thing that Ryzin has done to stay “ahead of the pack” of some of the other “enhancement talents” is release some VERY well done cinematic style promos helmed by Florida filmographer Nick Parabic. All of them showing off Ryzin’s dark, creativity and Nick’s eye for directing horror. One video showcased the Reverend looking over a speculation wall trying to find the right partner cutting the strings off a puppet doll.

One showed him bound and chained by the Dark.
And the most popular video released yet, showcased Ryzin arguing with himself in his reflection over being more ruthless in the ring and not depending on others, that video hit over 32,000 views on Twitter alone. 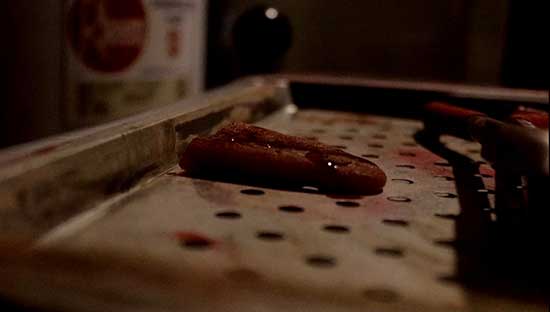 However, yesterday appropriately on Friday the 13th Ryzin released a much more horrifying video to his followers. This video focused on a recent loss he had to Fuego Del Sol (who ironically also got signed tonight to AEW officially) and an internet troll bashes Ryzin for losing. The troll is met with a burlap sack as he is captured by Ryzin. Torture and torment follow as Ryzin diabolically plucks teeth and rips the tongue out of the victim. Something straight out of SAW or Hostel… this is truly a video that needs to be seen!

His aesthetic is already evil and spooky. A self proclaimed “Reverend of Sin” Ryzin’s character dons a pointy beard, “Devil horned” hair and one white contact. Hopefully this new horror movie styled video will be just the thing to bring Ryzin to an All Elite status. We need more terror in pro wrestling! Not to mention a more cinematic approach to such a “horror character.”