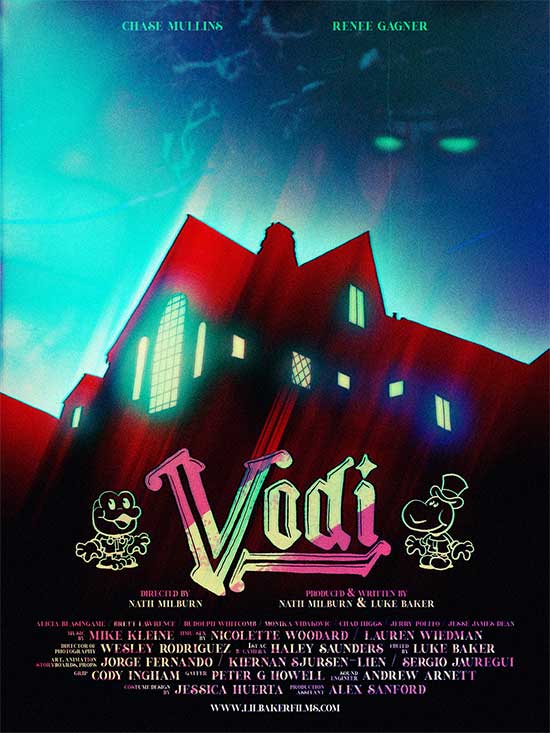 From the muck and mire of the swamps of 80’s Hollywood rises a new kind of cartoon pal. Celebrated artist Al Yaco returns to his family’s abandoned, storybook home in Los Angeles to claim what his father and grandfather could never achieve: eternal fame. But Al gets more than he bargained for when he discovers an old drawing in the attic that takes on a life of its own: VODI. Can his trusty animated confidant Bugsley pull Al out of the sinking bog that Vodi has sunk him into? Or will Al sell his soul for the chance at seeing his name on the big screen? 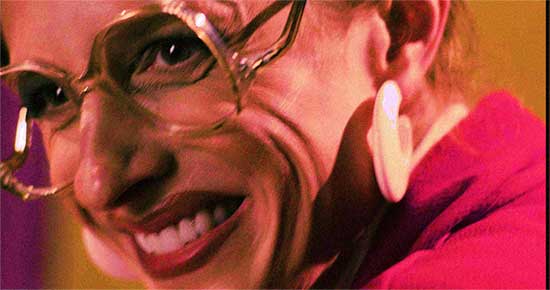 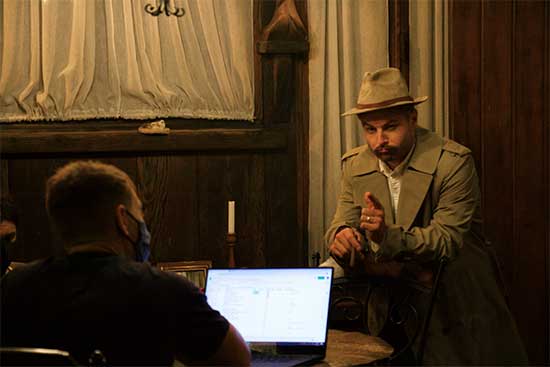 “Vodi”, the latest offbeat horror yarn from lil’ baker films combines Argento-style Giallo horror with pre-Renaissance Disney wackiness, with a dark touch of Russian folklore to skewer the ultra-consumerist Hollywood transition from the gritty 1970’s to the sanitized and sparkling 1980s. Starring Chase Mullins and Renee Gagner, and the first live action project by animation designer Nath Milburn and writer Luke Baker, “Vodi” tackles the entertainment industry, family trauma, addiction, and soulless consumption with a tone of irreverent mania. Look out for our teaser trailer on October 1st, and keep an eye out for where “Vodi” finds its home in the coming months.

An up-and-coming cartoonist returns to his family home to seek his fortune in Hollywood, where he’s plagued by strange visions and revelations of his family’s bizarre history with a forgotten cartoon character that could be his ticket to success… or complete destruction.