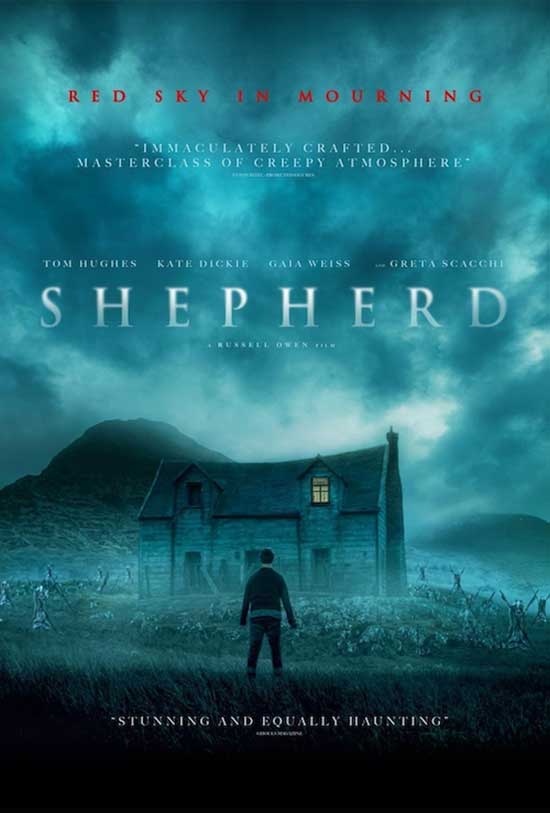 Darkland Distribution have shared a brand new teaser trailer and poster for their upcoming British elevated horror, Shepherd. It has also been confirmed that the film will be released in UK and Irish cinemas from 5th November. Shepherd stars Tom Hughes (Red Joan, Victoria), Kate Dickie (Game of Thrones, The Witch), Gaia Weiss (Vikings, Medici) & Greta Scacchi (The Player).

Running from grief after the mysterious death of his wife, Eric Black takes a job as a shepherd. Trapped alone on a majestic weather-beaten island with an ominous secret. One mans sudden, spiralling madness meets a vengeful supernatural force. What starts as the perfect wind-swept escape becomes a race to save his sanity and his life.

Speaking about the film, Writer and Director, Russell Owen said; “Shepherd has been a labour of love and many years in the making. I’m extremely thrilled audiences will be able to experience it where it was designed for – The Big Screen.”

Shepherd will be in UK/ EIRE Cinemas from 5th November