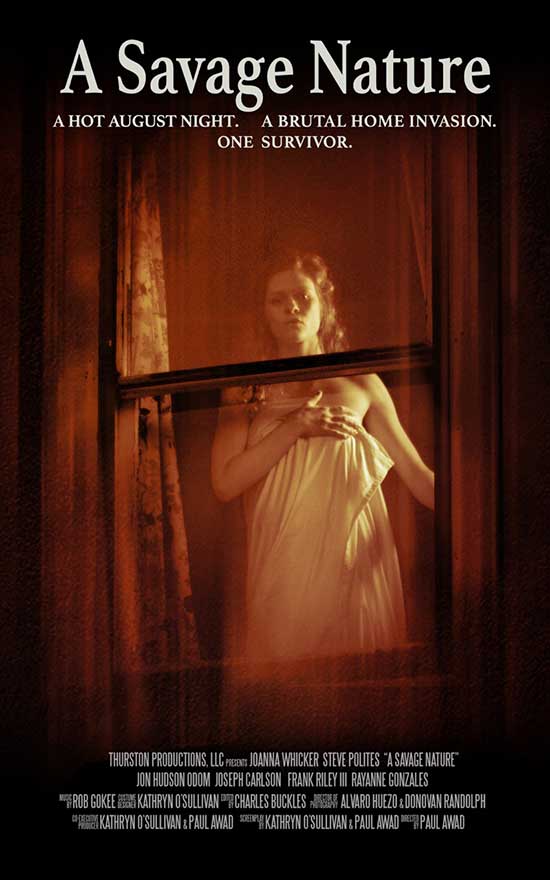 We are thrilled to represent husband and wife filmmaking team PAUL AWAD and KATHRYN O’SULLIVAN’S award-winning true crime horror feature film A SAVAGE NATURE which will be released on DIGITAL | VOD platforms by GRAVITAS VENTURES on TUESDAY, AUGUST 3rd, 2021! We want to make sure the film is on your screening radar for coverage.

As the night unfolds, loyalties shift, secrets spill, and lives shatter, this salacious and suspenseful thriller about a troubled couple who battles a brutal home invasion has a twist you won’t see coming.

A lonely waitress is desperate to escape her small town and repair her marriage to her deputy sheriff husband. On the evening of their wedding anniversary, the troubled couple attempts to make a fresh start, but things take an unexpected turn when sinister strangers invade their home. As the night unfolds, loyalties shift, secrets spill, and lives shatter.

A Savage Nature, Trailer from Nature on Vimeo.