THE ‘DESTINATION FEAR’ TEAM KICKS OFF THEIR NEW SEASON WITH SPECIAL 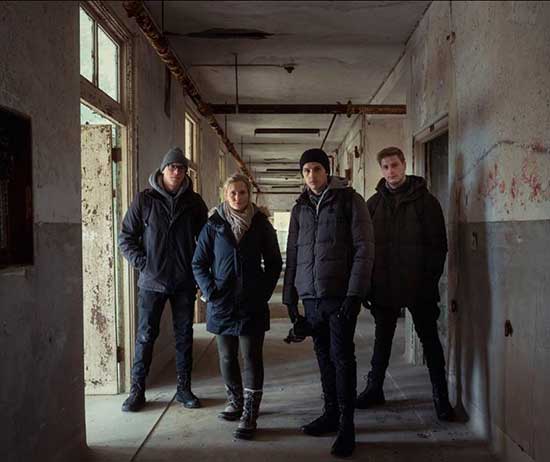 The fear-chasing foursome arrive at Comic-Con@Home for the first time together to share a look at their terrifying road trip across America venturing inside notoriously haunted locations including the Ohio State Reformatory, the Villisca Axe Murder House and Waverly Hills Sanatorium. Moderated by podcaster Sapphire Sandalo, panelists Dakota Laden, Chelsea Laden, Tanner Wiseman and Alex Schroeder reveal behind-the- scenes stories and an exclusive look at the new season. Hear about the scary sleepless nights the team face, how they gear up to conquer their fears and the terrifying tales that put the group through the ultimate test of strength and endurance.