Modus Games today announced the news that in order to give players the most memorable experience possible, In Sound Mind will now be launching on September 28, with the Nintendo Switch version following at a later date. 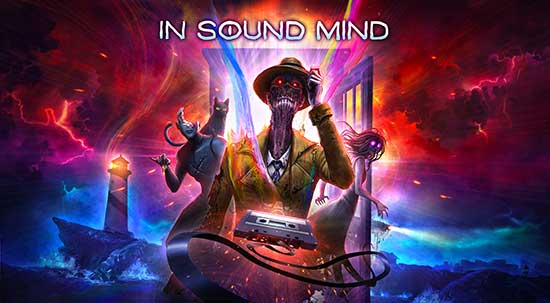 Also announced today was that Modus Games, in collaboration with hit cartoon animator Mashed and musical sensation The Living Tombstone, released a terrifying new animated music video for In Sound Mind that showcases the dangers waiting around every corner. The video is set to the haunting theme song of psychiatrist Desmond Wales, whom players will inhabit in the game. Watch the video here: youtu.be/3_OsRs_YIBA
Willing victims can download the demo and wishlist the game on Steam if they’re ready to face the terrors of their own minds: store.steampowered.com/app/1119980/In_Sound_Mind/
In Sound Mind is a first-person horror experience which pits players against the unpredictable dangers stirring within deep memories. Created by the team behind the legendary Nightmare House 2 mod, In Sound Mind twists seemingly simple recollections into shocking encounters with terrifying threats, unbelievable scenes, and a mysterious talking cat for good measure. Only the strongest will cling to their sanity long enough to experience everything that lies within.
Pre-order In Sound Mind by visiting www.insoundmind.com keep up with the game by following @Modus_Games on Twitter. For all things Modus Games, visit the official site (modusgames.com) and join the conversation on Discord (discordapp.com/invite/modus).
Share