Home | News | CENTIGRADE is Back and Things are Heating up

CENTIGRADE is Back and Things are Heating up 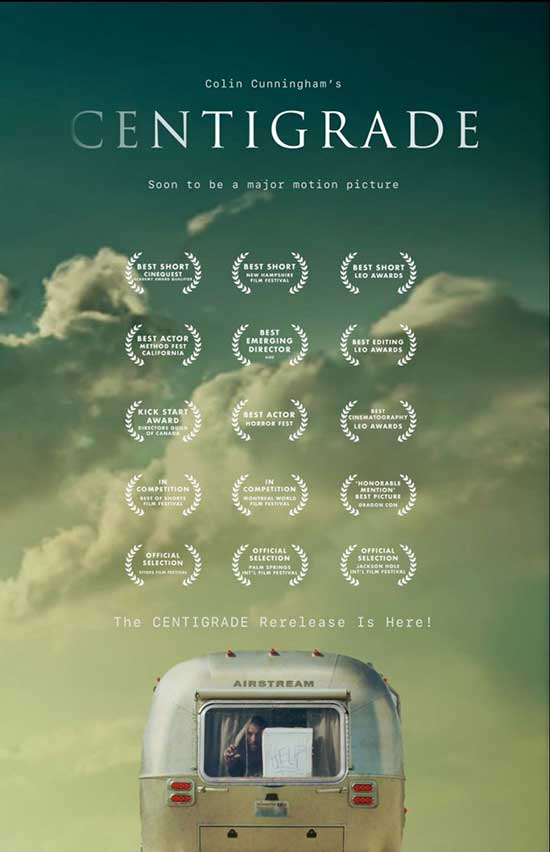 In anticipation of a FEATURE LENGTH VERSION, Colin Cunningham’s CENTIGRADE is celebrating its RERELEASE exclusively at CENTIGRADEMOVIE.COM.

‘karma’ rolls into town. CENTIGRADE garnered more than a dozen ‘Best of’ Awards and Nominations and ended up making the short list for an Academy Award Nomination.

Now, the multi-award-winning short film (one of the most successful in iTunes history) is ready to take the leap forward as a major motion picture. Only this time, they’re doing things a little differently.

“The project had actually been optioned by MGM as a TV show,” says Cunningham. “But restructuring at the studio sent it into turn-around. So, now, we’re going straight to the fans.”

“I hate calling it ‘crowd funding’ as our fans are so unique and dear to us. But it’s with their help that we are going to make this happen.” says Cunningham, explaining the opportunity for fans to get involved by donating at the website.

The feature-length film will be written and directed by Colin Cunningham and produced by Madison Graie, John Pugh, and Melanie Browning.

While awaiting CENTIGRADE the feature, viewers can reacquaint themselves with this exceptional little film that is currently available at Centigrademovie.c