The Walking Dead: World Beyond

“A brave and different direction for the Walking Dead Universe…grander in scope, though deeply intimate in terms of character.” – ComicBook.com 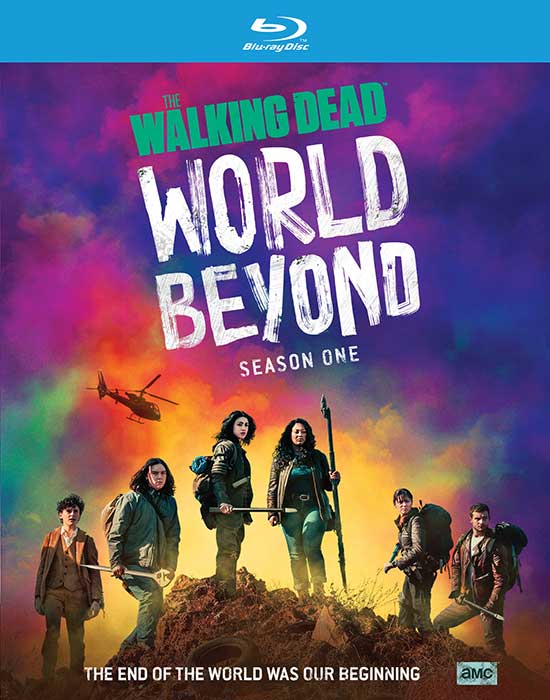 Set in the same universe “The Walking Dead,” The Walking Dead: World Beyond Season 1 stars Aliyah Royale (“The Red Line”), Alexa Mansour (Unfriended: The Dark Web), Hal Cumpston (Bilched), Nicolas Cantu (“The Powerpuff Girls,” “The Amazing World of Gumball”), Nico Tortorella (Scream 4, “Younger”), Annet Mahendru (“The Americans”) and Julia Ormond (Legends of the Fall, The Curious Case of Benjamin Button). RLJE Films will release The Walking Dead: World Beyond Season 1 on DVD for an SRP of $34.97and Blu-ray for an SRP of $39.98.

Now a decade into the apocalypse, sisters Hope (Mansour) and Iris Bennett (Royale) have grown up inside the walls of one of the few remaining first-world communities. Their home, the Campus Colony, is a satellite settlement with a population of just under ten-thousand, located a hundred miles outside surviving city of Omaha, Nebraska. The sisters’ scientist father conducts research over one-thousand miles away in a research facility run by the Civic Republic, an ally of Omaha, but one that does not reveal its location to outsiders. When the sisters receive a message that their father might be in a danger, they defy their own community’s rules and enlist their friends Elton (Cantu) and Silas (Cumpston)to embark on a cross-country quest to save him. Leaving their sheltered upbringing behind, these teenagers learn how to fight threats both living and dead as they travel through a beautiful but decaying and dangerous world.

Bonus Feature on the DVD and Blu-ray include: