THE PARALLAX VIEW SOUNDTRACK by MICHAEL SMALL
Coming Friday May 7th from Cinema Paradiso Recordings on
limited edition colour vinyl and deluxe bundles
“Michael Small’s score raises the spectre of all that is hidden in American history, and superimposes them in a collage that reveals itself to be the unseen hands that shape it.” – Jim O’Rourke
Cinema Paradiso Recordings is proud to announce the release of the soundtrack to the motion picture ‘The Parallax View’, on vinyl for the first time ever, this coming May 7th 2021.
Based on the book by Loren Singer, The Parallax View is directed and produced by Alan J Pakula as the second installment of his Political Paranoia trilogy – alongside Klute (1971) and All the President’s Men (1976). With cinematography by Gordon Willis (The Godfather trilogy, Annie Hall) and starring Warren Beatty, this political thriller from 1974 is perhaps even more relevant today than it was back then. 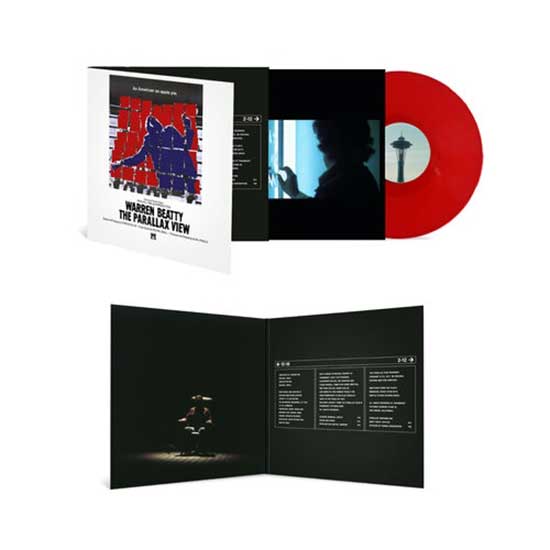 The legendary score by composer Michael Small is regarded as a benchmark in the sound of paranoia thrillers that dominated cinema in the 1970s, with revered film critic Pauline Kael hailing the film as essential for all fans of the genre. Now, 47 years later, the soundtrack newly remastered by Bob Weston, will finally be available to own on vinyl.
The single LP, deluxe gatefold limited edition in coloured vinyl includes liner notes with two essays by Scott Bettencourt and Alexander Kaplan (of Film Score Monthly), which provide a fascinating insight into the making of the film and an analysis of the score.
The CPR edition of The Parallax View soundtrack includes for the first time the infamous brainwashing scene, an influence on countless films and TV shows over the years. Notably, most recently with the Watchmen series and shows Mr Robot and Homecoming even using the music from the film.
To be able to include the dialogue of the brainwashing scene – the disembodied voice from Warren Beatty’s “Parallax Test” – was fundamental to the label’s decision to release the soundtrack on vinyl. In order to include the segment, they needed authorization from Paramount and the original voice actor. With permission granted from Paramount, they scoured the film credits but gained no insight into whom the mysterious voice belonged. Researching every other name on the credits hoping to find a contact that might know who the actor was, they settled on Jon Boorstin (Alan Pakula’s assistant on The Parallax View) who they duly contacted.
Jon replied immediately saying, “…And yes, I know who that actor is, who welcomes Warren so mellifluously. It was Alan Pakula. He did a temp track, and we got used to it, and never replaced it.“ Thanks to this never-before-revealed information, they were put in touch with Hannah Pakula – Alan’s widow – and obtained permission to use the dialogue which can be heard before the Parallax Test at the start of side B. 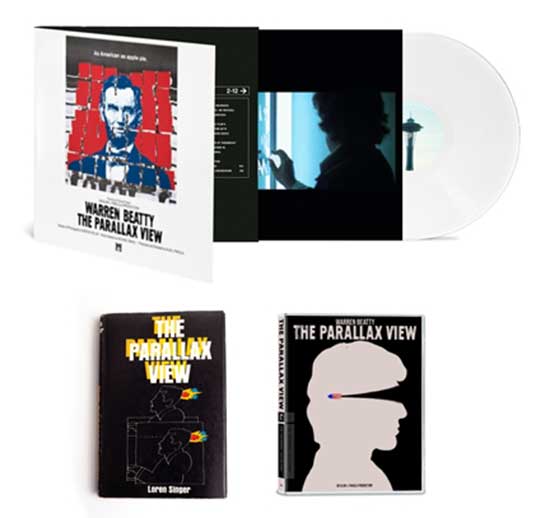 Boorstin states, “The Parallax View embodies a particularly paranoid moment for America, when assassination wounds were still fresh and the President’s bungling burglars were running him out of the White House. Michael Small’s music beautifully captures our hope, our dread, and our nostalgia for truer values. In the Parallax Test sequence, he brilliantly seduces the assassin in all of us. Watching this today, wrapped in Michael’s music, what was once wild fantasy feels at least as credible as the pronouncements of our Kool-Aid drinking Congressmen.”