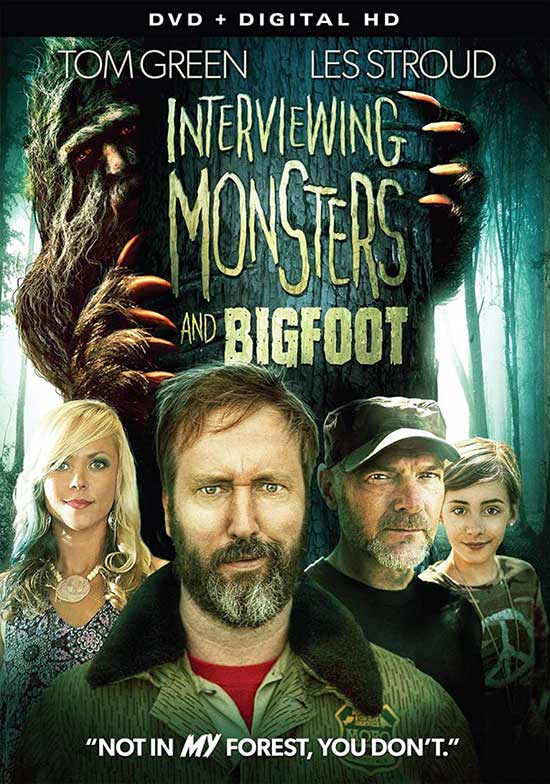 Interviewing Monsters and Bigfoot, “By-the-book forest ranger, Billy Teal (Tom Green), is dead set on preventing Cory Mathis (Les Stroud) from finding the truth about the Mark Twain forest. Mathis, a professor, claims Bigfoot killed his wife, turning him into a man obsessed with revenge. Mathis partners up a team of misfits for the capture of the creature, but Ranger Teal, a covert government agency and a serial hoaxer (Rick Dyer) have other plans.”