In advance of its world premiere at Panic Fest this week, the new horror feature RED SNOW has released its first official teaser trailer.

RED SNOW follows a struggling vampire romance novelist (Dennice Cisneros) who must defend herself against real-life vampires over the Christmas holidays in Lake Tahoe. 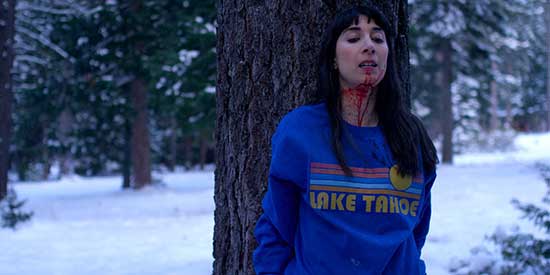 RED SNOW will have its world premiere at Panic Fest on Wednesday, April 14th and can be seen virtually or in-person as part of this year’s hybrid festival.

The in-person premiere will take place at the Screenland Armour Theatre in North Kansas City, Missouri with a second screening on Saturday, April 17th.