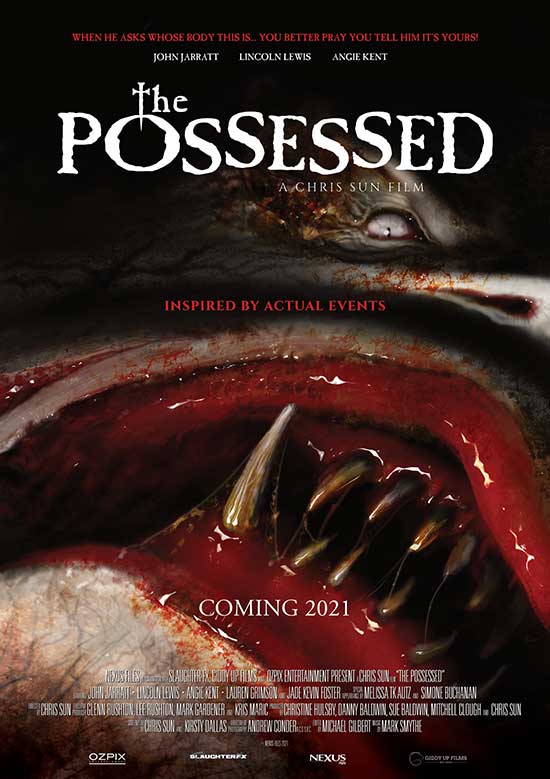 Legendary horror director Chris Sun has unleashed frightening new stills of his new film THE POSSESSED. The six images are the ultimate showcase of the practical effects Chris is known for and provided a first look at the stellar all-Australia cast.

THE POSSESSED is an intense horror that follows Jacob Chandler (JOHN JARRATT) who is just an ordinary man with an extraordinary gift. Jacob is an accidental exorcist and together with his nephew Liam (LINCOLN LEWIS), they have forged a career clearing demons from the bodies of their clients. Of late, something has changed and demonic possessions are on the rise, and in order to keep those he loves safe from the wrath of unspeakable evil, Jacob must fight for them to survive. 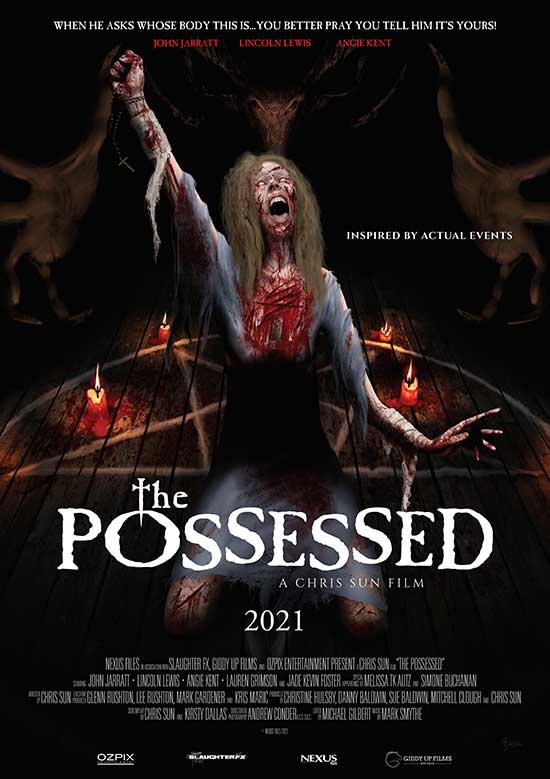 When meeting Liam’s new girlfriend, Atalie Carlisle (LAUREN GRIMSON), he recognizes something in her dark, broken gaze – she too can see the damned. Jacob never expected to meet anyone else like himself, nor did he anticipate needing her help. When summoned to a hauntingly beautiful homestead with a tragic past, Jacob must call upon all his experience and Atalie’s untrained powers, to uncover the layers of demonic deception at play. Death is here, and it will do anything to be free. 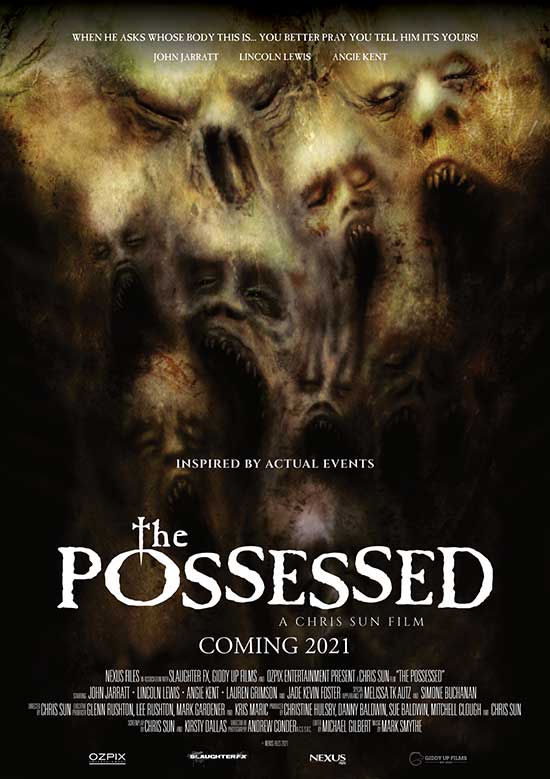 THE POSSESSED is written and directed by Chris Sun (Boar, Charlie’s Farm, Daddy’s Little Girl and Come and Get Me) and produced by Christine Hulsby, Sue Baldwin, Danny Baldwin, Mitchell Clough, and Chris Sun.

The Possessed is set to be released in JULY 2021.