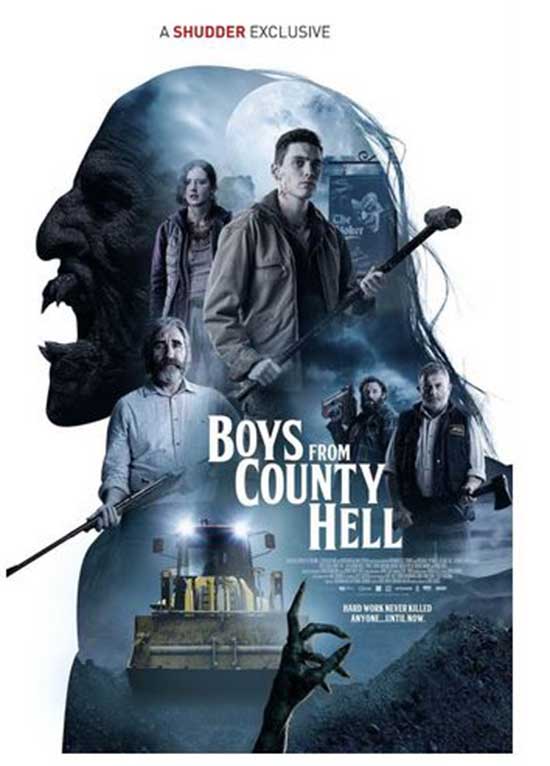 Strange events unfold in Six Mile Hill – a sleepy Irish town that claims to have been traveled by the famed author Bram Stoker – when construction on a new road disrupts the alleged grave of Abhartach, a legendary Irish vampire said to have inspired Dracula. Deadly and sinister forces terrorize the work crew led by Francie Moffat and his son Eugene, a free-spirited young man who prefers pints to pickaxes, and they’re forced to fight to survive the night while exposing the true horror that resides in the town’s local myth.

BOYS FROM COUNTY HELL is produced by Brendan Mullin of Six Mile Hill Productions and Yvonne Donohoe for Blinder Films, and executive produced by Katie Holly for Blinder Films, Brian Kavanaugh-Jones and Rian Cahill for Automatik, and Lesley McKimm for Screen Ireland. The film is a co-production between the Republic of Ireland and Northern Ireland and was supported by Endeavor Content, Screen Ireland, Northern Ireland Screen, and Egg Post Production.

BOYS FROM COUNTY HELL will stream exclusively to Shudder on April 22nd in the US and Canada, as well as via the Shudder offering within the AMC+ bundle where available.