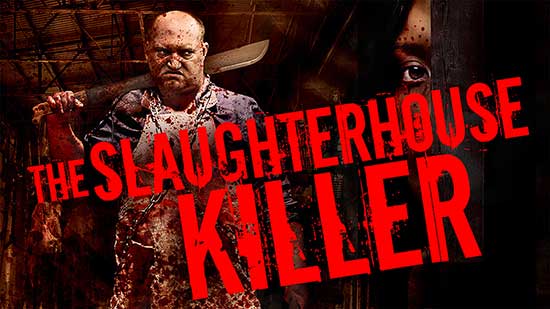 From the initial story’s inception, I wanted to achieve two things. I knew I wanted to create an exciting, visceral, violent horror film. But I wanted all of the horror elements to be built around the relationship of the two central characters, Box and Nathan, and how their actions would affect those around them. The violent scenes shock and disturb because of the time we spend with our central characters in their normal life – going to work, having a beer or in pointless conversation. With the audience gaining an almost personal connection with our leads it becomes far more impactful when you witness these horrifying attacks.  —-Sam Curtain

Small town living suits Box just fine. Blue-collar, safe, simple. A passion for slaughter keeps him in line at the local abattoir where he has the chance to quench his thirst for blood. When Nathan, a young parolee arrives in town, Box is instructed to take him under his wing, and soon the two men bond over a bloody murder. Unable to resist the temptations of blood, the two form a friendship revolving around their sickness for bloodshed. A friendship which is bad news for everyone in town as they become lambs for the slaughter used solely as entertainment for the duo.