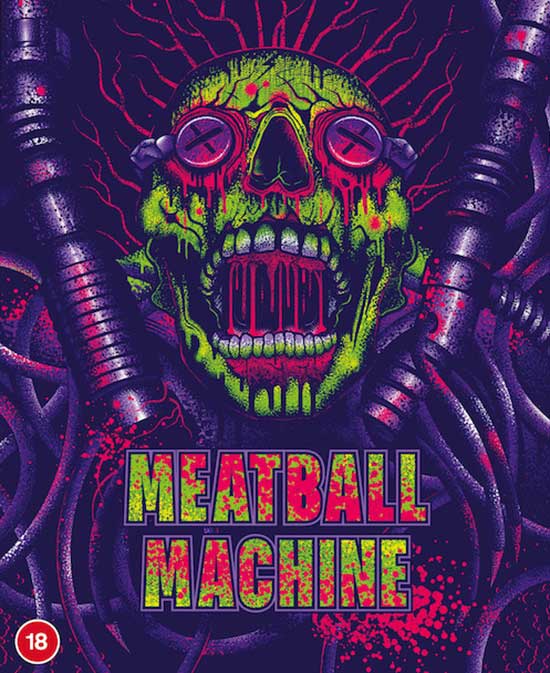 Terracotta Distribution is excited to announce the release of cult hit Meatball Machine on special limited edition Blu-Ray from 12th April.
Part tragic love story, part body horror, Meatball Machine is an extreme steampunk gorefest that has stood the test of time since its first release. It has since spawned a sequel Meatball Machine: Kodoku.
The new Blu-Ray, which will be limited to 2,000 copies, will have a collectors cover featuring specially commissioned artwork. It will also contain an all-new and exclusive interview with the films Director as well as behind the scenes content.
Aliens are invading the Earth and inserting themselves into humans, turning them into slave cyborgs, hosts for the parasitic alien life forms.

When Sachiko is infected and transformed, it’s up to her lover Yoji, who himself is already half-infected, to save her with his new-found mutated state and deadly weapons growing out from his body.

Joey Leung, Terracotta Distribution owner, is excited to share the new Blu-Ray with Meatball Machine fans, saying: “We put a lot of love into this release, as we love Japanese-splatter films, commissioning the new artwork and have subtitled a previously un-subbed directors commentary too. It’s a release that fans would love for their blu ray collection.“
MEATBALL MACHINE will be available on special edition Blu-Ray from 12th April
Share