FiXT is proud to announce Tulsa, OK 5-piece Fight The Fade has joined the label’s roster in a multi-album deal. The group’s debut single with FiXT, “Cut & Run”, dropped week as a lyric video via a press premiere with Inked Magazine. Fight The Fade have already established themselves as a powerful electronic-rock force with nearly 200,000 monthly Spotify listeners. The group has appears and several Spotify official playlists including New Metal Tracks, New Core, Rock Your Body, All New Rock and more. 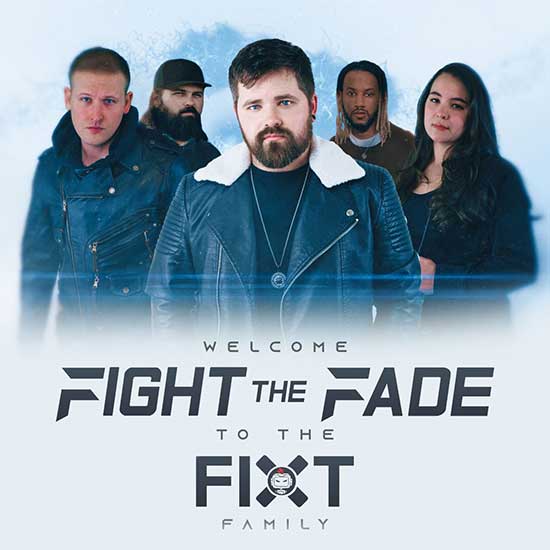 “Cut & Run” has gone through several transformations, and I think what we ended up with was the best of them all. It’s a song about stepping into the unknown and finding yourself, and your purpose.” – Fight The Fade

“We are so excited to begin this new chapter with FiXT. It feels great to partner with a label that understands our DIY mind set and independence, a label that has taken the time to understand what we need to elevate us to the next level while still allowing for creative freedom.

The team at FiXT has been so helpful and welcoming, it’s been awesome getting to know them them, knowing this is just the beginning of a long relationship.” – Fight The Fade

Known for pulling together influences from rock, metal, and electronic music, Fight the Fade has forged an unmistakable sonic identity that wraps heartfelt lyrical themes within a robust production style and delivers them with nuanced and diverse writing approaches. The band’s work ethic and innovative blend of genres led them to an album deal with independent electronic rock label FiXT in late 2020, and Fight the Fade is currently working on new material toward their next album with singles planned throughout 2021.