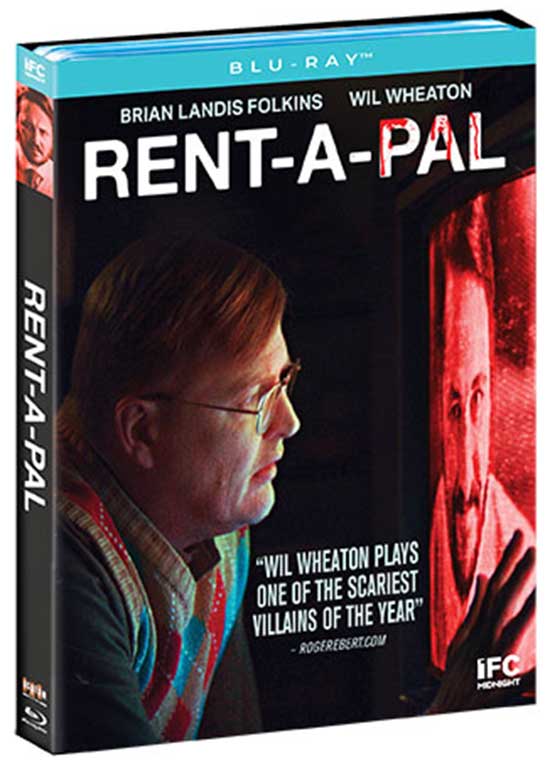 He talks to you. He listens to you. He understands you. He’s your Rent-A-Pal.
Featuring a terrifying performance from Wil Wheaton (Big Bang Theory) and stylish ‘90s techo-horror, the unsettling thriller Rent-A-Pal makes its Blu-ray and DVD debut March 9, 2021 from Scream Factory, in conjunction with IFC Midnight. Fans of the film can pre-order their copies now by visiting ShoutFactory.com
In this thriller set in 1990, a lonely bachelor named David (Brian Landis Folkins) searches for an escape from the day-to-day drudgery of caring for his aging mother (Kathleen Brady). While seeking a partner through a video dating service, he discovers a strange VHS tape called Rent-A-Pal. Hosted by the charming and charismatic Andy (Wil Wheaton), the tape offers him much-needed company, compassion, and friendship. But, Andy’s friendship comes at a cost, and David desperately struggles to afford the price of admission
Share