“Silent Hill: Echoes,” a new fan film based on the horror game from Konami, was scheduled for release this November 27th. After a great reaction from fans, the makers of the movie decided to reshoot certain scenes. “We listen to the feedback,” says co-producer Ken Cosentino, “Once we saw how big the audience was, based on their response we knew we could do better and they deserve better. We agree with their input so we went back for reshoots.” Due to a major outbreak of COVID-19 in Western New York, the reshoots were suddenly postponed. 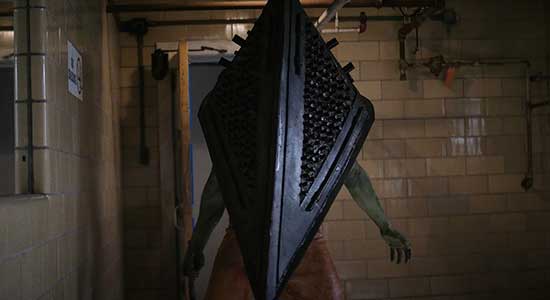 Creator and DP Codey Dingfield was disappointed but optimistic, saying that it was an easy decision, “At the end of the day we’re bummed because we wanted to roll this out, but the health and wellness of everyone comes first.” Right now Western New York is the virus hot spot of New York State, with parts of Erie and Niagara County in the orange and yellow zones.

“It’s no joke here,” says Cosentino with a nod. He’s right – the infection rate for Erie County has reached 20,889 and climbing every day with a 6.9% positive daily rate. The Buffalo-Niagara regional film industry has recently seen a boom in production, from Paramount Pictures “A Quiet Place 2” to Guillermo Del Toro’s “Nightmare Alley.” Cosentino, CEO of Niagara Falls based White Lion Studios, LLC, is no stranger to overcoming adversity on a film set. As a veteran filmmaker and alumni of both Troma and The Asylum, Ken is known as a “fixer” and a hired-gun. “This is exactly the kind of shit I expect to happen,” says Cosentino, “On Atlantic Rim we got hit by a hurricane and a bunch of people got sick, plus a lot of other stuff I’m not supposed to talk about.” As for the new Silent Hill fan film, he jokes “We’ll just scrap it and make a whole different movie, one that’s way better.”

“Silent Hill: Echoes” is scheduled for reshoots in the early spring of next year. It will be available on YouTube in 2021.