Home | News | LA, CA: A Detective’s Fears are Tested in Phobic this December

LA, CA: A Detective’s Fears are Tested in Phobic this December 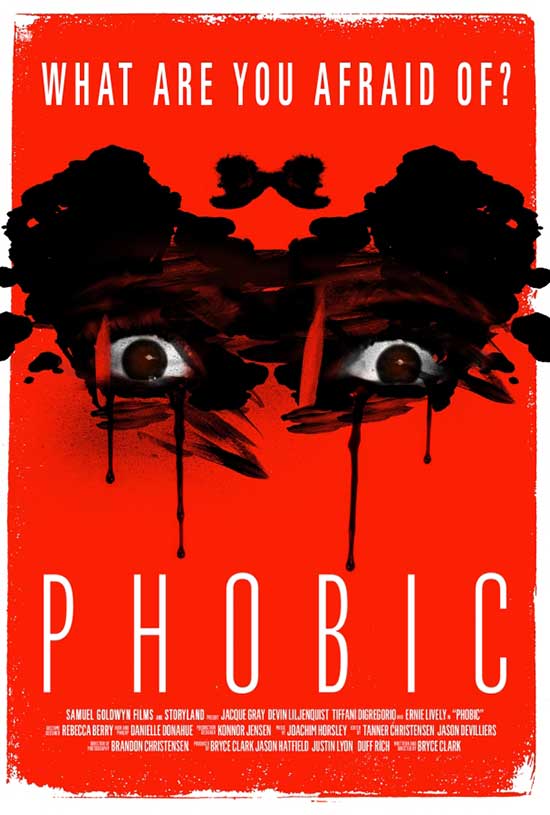 Phobic is a horror thriller from the mind of Bryce Clark (Beauty and the Least). A Pale Moon Entertainment production, Phobic was shot in Salt Lake City, Utah and is set to be released this December – through Samuel Goldwyn Films; the release will take place across the United States. As well, the film centrally stars Jacque Grey (The Night Clerk), along with: Devin Liljenquist (Yellowstone), Tiffani DiGregorio (Mosaic) and Ernie Lively. Early details on the December 15th release of Phobic are available now.

The story focuses on Salt Lake Homicide Detective Riley Sanders (Grey). Hounded by a masked man, Riley is left unconscious, after reacting to a strobe light. This killer is targeting those with clinical phobias, after exposing them to their greatest fears. Now, Riley is the next target on this killer’s kidnap list.

Samuel Goldwyn Films will release Phobic on multiple Digital platforms, across the United States, this December 15th. Very much a tense thriller with a horror infused villain, Phobic will shock audiences in a few days, with the film’s U.S. poster available now!

The official synopsis: A homicide detective sees similarities between herself and the victims of a killer who is murdering clinical phobics by exposing them to their fears.

More details and stills at the Samuel Goldwyn Films’ website:

*screeners are available, by request.