KING IN BLACK Comes to a SHOCKING END This MARCH

Earlier this month, KING IN BLACK #1 hit stands, and fans finally saw masterminds Donny Cates and Ryan Stegman plunge the Marvel Universe into darkness with the long-dreaded arrival of Knull. With four issues left and multiple exciting tie-in issues, things are just getting started. It’s all leading up to the final showdown in KING IN BLACK #5, which will bring this epic event to a close. Be there when the very fate of all symbiotes is decided, and the future of the saga of Venom is revealed. Check out the haunting cover by Ryan Stegman below and ask yourself: what is a god to a non-believer? 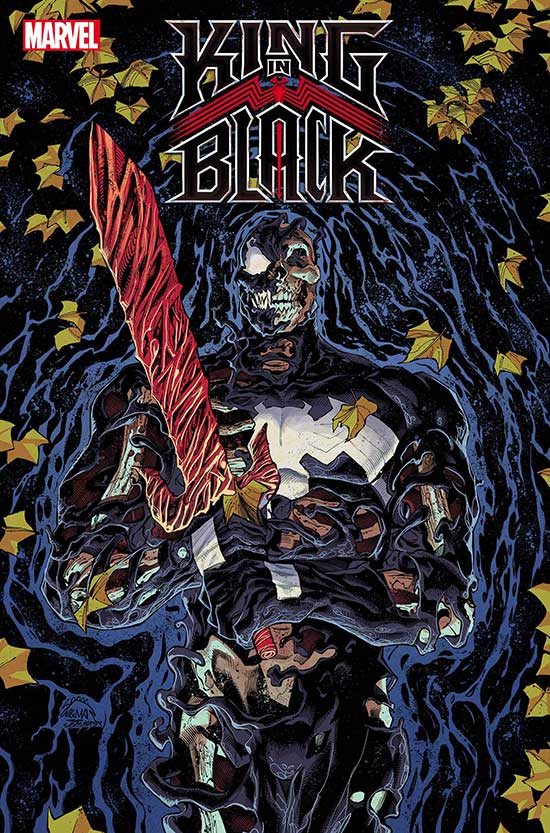 Also out in March will be essential one-shots starring some of your favorite Marvel heroes. Spidey is in for the fight of his life when the city around him erupts into chaos under Knull’s influence. Find out if he has what it takes to turn the tide in the action-packed KING IN BLACK: SPIDER-MAN by writer Jed MacKay and artist Michele Bandini. The war for Hell’s throne meets the war against the God of Symbiotes when Johnny Blaze gets caught in the madness of King in Black in KING IN BLACK: GHOST RIDER by writer Ed Brisson and artist Juan Frigeri. Scream makes her highly-anticipated return in KING IN BLACK: SCREAM by writer Clay McLeod Chapman and artist Garry Brown. Will her return be short-lived or does she hold the key to putting a dent in Knull’s symbiotic armor? And newlywed Young Avengers Wiccan and Hulkling’s honeymoon is taken over by symbiotes in KING IN BLACK: HULKLING AND WICCAN by writer Tini Howard and artist Luciano Vecchio. Also spinning out of KING BLACK, everyone’s favorite Korbinite finds a new destiny in BETA RAY BILL, a new series written and drawn by Daniel Warren Johnson.

Art and Cover by RYAN STEGMAN

Cover by WILL SLINEY

KING IN BLACK: WICCAN AND HULKLING #1 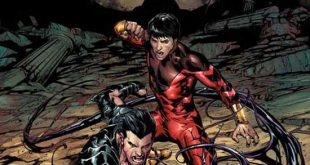