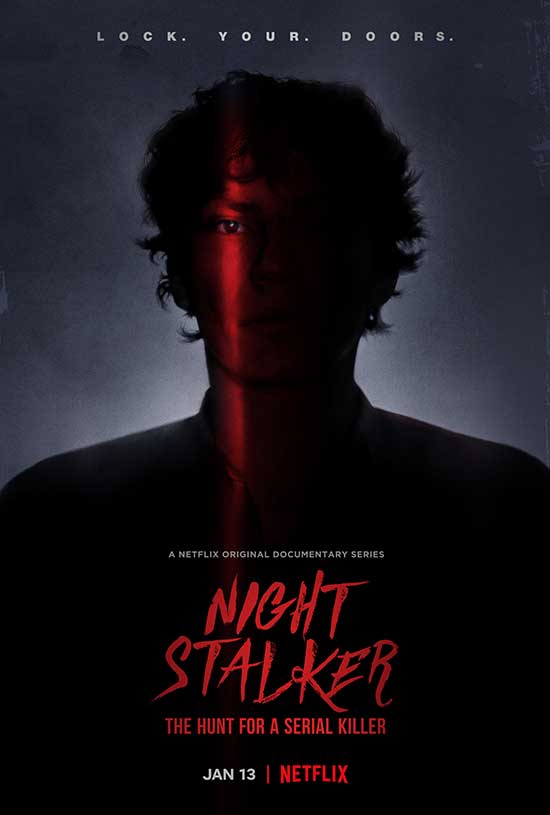 The Netflix limited docu-series Night Stalker: The Hunt for a Serial Killer tells the spellbinding true story of how one of the most notorious serial killers in American history was hunted down and brought to justice. In the sweltering summer of 1985, a record-breaking heatwave hit Los Angeles, along with a series of murders and sexual assaults that at first seemed disconnected. The victims were men, women, and children. They ranged in age from six to 82. They came from different neighborhoods, racial backgrounds and socioeconomic levels. Never before in criminal history had a single killer been responsible for such a grisly array of crimes.  Racing against the clock to stop this nocturnal monster were a young detective named Gil Carrillo from the Los Angeles County Sheriff’s Department and the legendary homicide investigator Frank Salerno. As they worked tirelessly to solve the case, the media hounded their tracks, and panic gripped California.

Told through harrowing first-person interviews, gripping archival footage and spectacular original photography, this four-part series represents the definitive telling of this iconic L.A. real-life horror story, painting a portrait of how it felt to live in fear at a time when absolutely anyone could be the Night Stalker’s next victim. Night Stalker: The Hunt for a Serial Killer is directed by Tiller Russell and executive produced by Russell, Tim Walsh, Eli Holzman, and Aaron Saidman.

Tags NIGHT STALKER: THE HUNT FOR A SERIAL KILLER