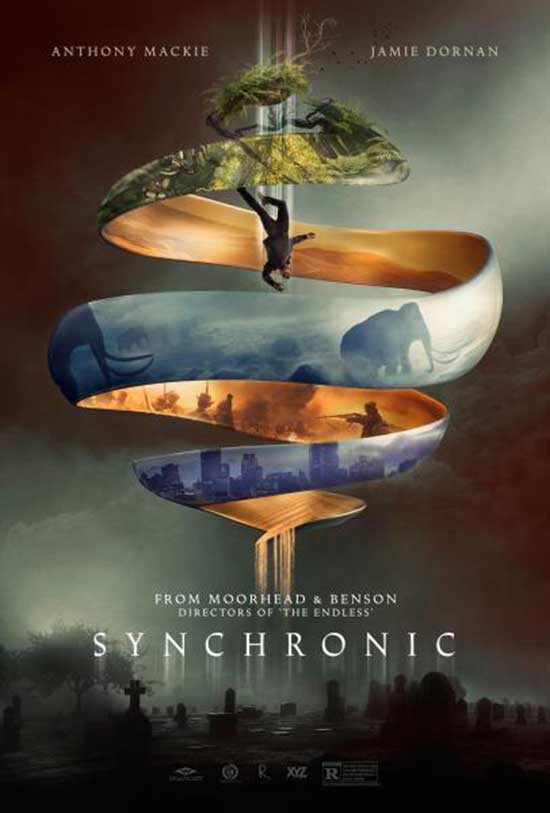 SYNCHRONIC, the next great sci-fi thriller from the directing duo of Justin Benson and Aaron Moorhead (The Endless), debuts early on Digital January 12 before hitting Blu-ray™ and DVD January 26 from Well Go USA Entertainment.  According to the Cincinnati City Beat, “SYNCHRONIC is a brilliant twist on time travel, an epic mindf**k of surreal imagery, and a beautiful meditation on mortality and friendship,” as well as a “a drug-fueled masterpiece.”  The film stars Anthony Mackie (“Altered Carbon,” Falcon in the Avengers franchise), Jamie Dornan (Fifty Shades of Grey trilogy), Katie Aselton (Bombshell) and Ally Ioannides (“Into the Badlands”) in the story of two paramedics whose lives are ripped apart after they encounter a series of horrific deaths linked to a designer drug with bizarre, otherworldly effects.

When New Orleans paramedics and longtime best friends Steve (Anthony Mackie) and Dennis (Jamie Dornan) are called to a series of bizarre, gruesome accidents, they chalk it up to the mysterious new party drug found at the scene. But after Dennis’s oldest daughter suddenly disappears, Steve stumbles upon a terrifying truth about the supposed psychedelic that will challenge everything he knows about reality—and the flow of time itself.

SYNCHRONIC has a runtime of approximately 101 minutes and is rated R for drug content and language throughout, and for some violent/bloody images.