The lineup begins November 2nd with The El Duce Tapes, the new X-rated music documentary about the self-styled “King of Sleaze”. ARROW will also debut the Essential Giallo Collection, the Female Prisoner Scorpion Collection and, as an exclusive, He Came From the Swamp: The William Grefé Collection, including Sting of Death, Death Curse of Tartu, Mako: Jaws of Death and more.

November 9th will kick off Burst City and Ban this Sick Filth! Presents: Rebel Yell, a season of ARROW films that celebrate the angry howl of youth in revolt and the ever-identifiable need to go you own way, be yourself, find your people, or just let loose a cathartic scream. Highlights include Deadbeat at Dawn, Teenage Yakuza and more.

November 13th begins with international cooperation, featuring a curated collection of ARROW favorites from the American Genre Film Archive (AGFA), including Lake of Dracula, Pit Stop, and The Wizard of Gore. In a partnership with AGFA, ARROW is proud to stream a number of their titles, including Effects, The Zodiac Killer, Take it Out in Trade, Lady Street Fighter and more. Asia Extreme will also launch with a collection of Essential titles from East Asia. 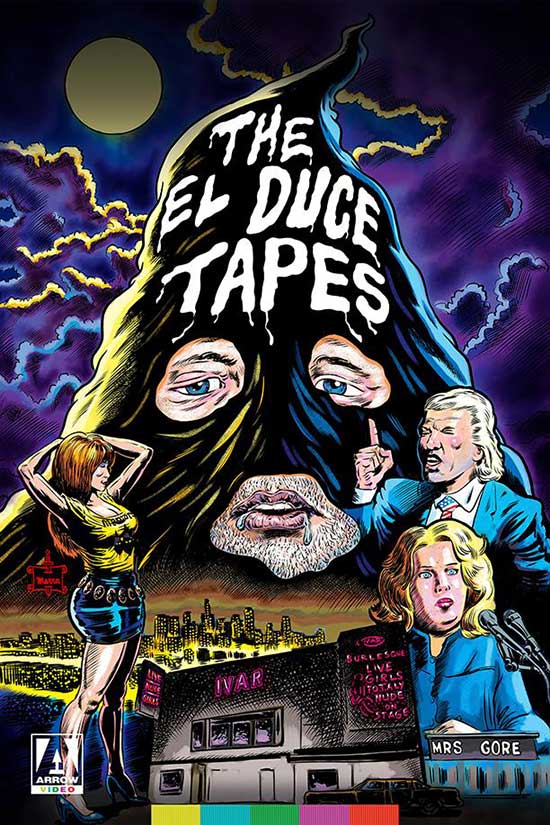 Ban this Sick Filth! will also present two lineups on the 13th, Renegade Women: Women smashing the glass ceiling to disobey, disrupt and do things their own way. Highlights include I was a Teenage Serial Killer, A Serial Killer’s Guide to Life, Season of the Witch, She-Devils on Wheels, The Witch Who Came from the Sea, and Blind Woman’s Curse. Effed Up Families, a pack of dysfunctional-family horror flicks, uniting Wes Craven’s cannibal classic The Hills Have Eyes, Toys Are Not For Children, Russian dad-from-hell comedy Why Don’t You Just Die!, Freudian vengeance slasher Blood Rage and more.
ARROW is available in the US and Canada on the following Apps/devices: Android (all Android devices), Fire TV (all Amazon Fire TV Sticks, boxes, etc), Roku (all Roku sticks, boxes, devices, etc) and on all web browsers at www.arrow-player.com.
Arrow Video is offering fans a 30 day free trial of ARROW, and subscriptions are available for $4.99 monthly or $49.99 annually. A UK rollout is planned in 2021.

Since the world premiere at the Hot Docs International Documentary Festival, The El Duce Tapes have provoked strong, often contradictory feelings. CineVue called the footage “One of the best music docs to come along in a while” while The Last Thing I See hailed it as “by turns powerful and harrowing and disgusting and stomach churning.” Flickering Myth highlighted the “treasure trove of recently-unearthed VHS footage” while admitting “some will simply find El Duce and his music too repulsive to entertain, yet this deftly-edited doc provides a comprehensive account of the man, while underlining our own tirelessly complicit thirst for controversy”.

In addition to streaming on ARROW and a Blu-ray release, The El Duce Tapes will also be unleashed as a Limited Edition VHS November 2 in partnership with Witterentertainment.co