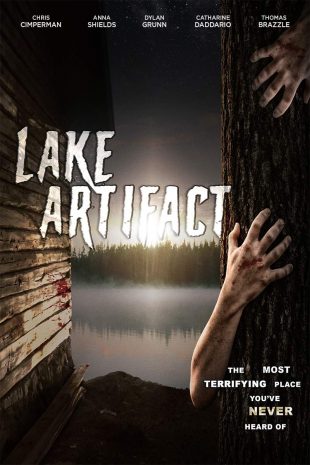 SYNOPSIS: Five friends pick up a drifter on their way to a cabin in Upstate New York for a three day weekend. Upon arrival they discover a picture of themselves posing at the cabin, which they’ve never been to; Time and space begin to function without rhyme or reason, slowly turning them against each other.

“We were at an Airbnb and there were all these pictures hanging on the walls. We jokingly wondered ‘what if we saw ourselves in one of these photos’. After a few hours, the joke became more serious, and we started tossing around ideas about what that could mean if we really did discover that photo. Are we in a time loop? Are we dead? Do we have doppelgangers? The directions we could go were really exciting.”

“I thought it would be interesting to try to combine my favorite parts of hard sci-fi and camp horror. We decided that the setup would lean into all of those horror archetypes, and once the audience was that once the audience was comfortable with the initial premise, we would start to dismantle those tropes and steer the plot in a more mind-bending direction.” – Director, Bruce Wemple