The teletype’s details purported that an object, possibly a flying disc, was recovered near Roswell, New Mexico.

This document was pulled right from the website of the Federal Bureau of Investigation. It’s Roswell, probably the greatest Government cover up in American History. It’s become a pop culture phenomenon with countless movies and television programs being based on the events of this one day in history.

It’s the most famous UFO sighting / crash that’s ever been reported. How deep did the conspiracy run? Were people killed for knowing too much?

Did the President of the United States know? This is all some 50 years ago now, and most everyone who was involved has passed away.

It remains to be seen if the knowledge obtained in 1947 has been passed down from administration to administration. There has already been request and calls for President Obama to reopen investigations and finally release the truth to the public.

This is nothing more than a pipe dream. No administration will ever admit to life beyond our own. Our Government only tells us what they think we should know and ignores the rest.

It ‘s kind of like how the environment has been ignored for all these years. Nothing is going to become evident until it’s too late and alien existence is right in our face. It’s a different world than it was in 1947. We are a culture with information constantly being fed to us by way of television, radio, and internet. If another Roswell incident happens, a Government cover up will be much much harder to pull off. Someone is always recording and taking pictures, and now it’s easier than ever with camera phones and technology. You never know what you might find tomorrow on Youtube? We looked at the past, now here is an example of the here and now. January 3rd, 2009 , Bovard, Pennsylvania. UFO Investigator Stan Gordon details the events of this cold January day.

1:30pm : The witness / a business man was traveling down Route 30 from Greensburg’s Westmoreland Mall, where the two-lane Donahoe Road winds behind a Sheraton Hotel into the country side. The cylinder shaped UFO was at a low level moving from his right to left. He made a left turn onto Crows Nest Road and stopped in the middle of the road to get a better look at it. The man moved a little further down the road and was eventually about 250 feet from the object, which hovered about 250 in the air. ( reading sighting like this always flash me back to Close Encounters of the Third Kind , when Richard Dreyfuss gets out of his truck to watch the passing lights down the country road with police in pursuit ).

The witness watched this bright metallic object hovering just above the trees and the railroad trestle, then drove a little further down the road to get a closer look from where he could see the object unobstructed. Then something strange happened, the object inverted itself, flipped up from the bottom to the top and looked more like a saucer with some type of ridges or bumps, or rivets located toward the lower edge, they were seemingly rounded, about 10 to 12 in number, and were evenly spaced, possibly windows.

He estimated the UFO to be about 15 to 20 feet in length, and it did not appear to be very wide. As the object hovered up and down, it dropped to about 150-200 feet in the air. It then seem to come to a complete stop. It continued to hover about 10 seconds over trees, then the object suddenly moved from a hovering level position, then moved to the left, then “in a backwards J-shape motion, it shot up approximately 50 to 60 feet” higher in the sky. After the object had accelerated, it moved off in the direction of Greensburg. The duration of the entire observation was about two minutes. It’s hard to say if his sighting is a hoax but to date this remains the only report of this incident.

I wanted to congratulate Dai on her Ghost Hunting experience and look for more “on location” reports from her. HorrorNews is really started to shake and bake. Please feel free to leave comments below or if you would like to set up an interview please contact me at joyhorror@msn.com 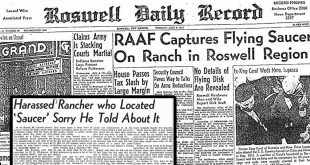