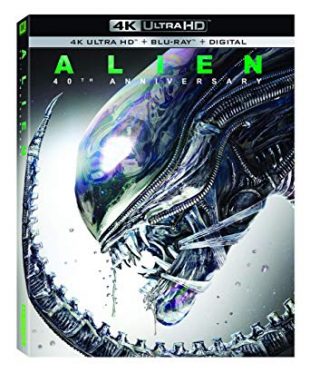 Forty years ago, a terrifying film burst from the mind of Ridley Scott, “xeno-morphing” into one of the most iconic franchises of all time. From the first menacing Chestburster shock to the last acid-drooling extraterrestrial kill, ALIEN became the definitive sci-fi horror film, winning fans, critics, and an Academy Award® along the way. To commemorate the 40th Anniversary of the film that spawned a global franchise of record-breaking hit movies, video games, graphic novels, consumer products, and more, 20th Century Fox launched an otherworldly tribute with thrilling new stories, exclusive exhibits, and other one-of-a-kind experiences for fans.

Culminating on April 26th, ALIEN DAY devotees will rally for the fourth year in a row for 24 hours of worldwide fanfare. Fans eager to participate can share their own personal memories or recreations of their favorite moments for a chance to become part of the 40 Year legacy! (click here for more information on #MyAlien40th)

Over the next two weeks, fans can continue to experience the Alien 40th Anniversary Shorts, a series of frightening new narratives from six emerging filmmakers selected from over 550 entries through a 20th Century Fox partnership with creator community Tongal. These terrifying tales have been shocking viewers on IGN since the first short debuted on March 29th, and the final two thrillers – ALIEN: Alone and ALIEN: Harvest – will be unearthed on ALIEN DAY, April 26th. Descending into orbit on April 23rd is the ALIEN 40th ANNIVERSARY 4K ULTRA HD®, courtesy of Twentieth Century Fox Home Entertainment and available for pre-order HERE. Featuring an enthralling new 4K master, the film was restored at Company 3 and Deluxe Entertainment Services Group, supervised by both director Ridley Scott and Fox’s own Pam Dery.