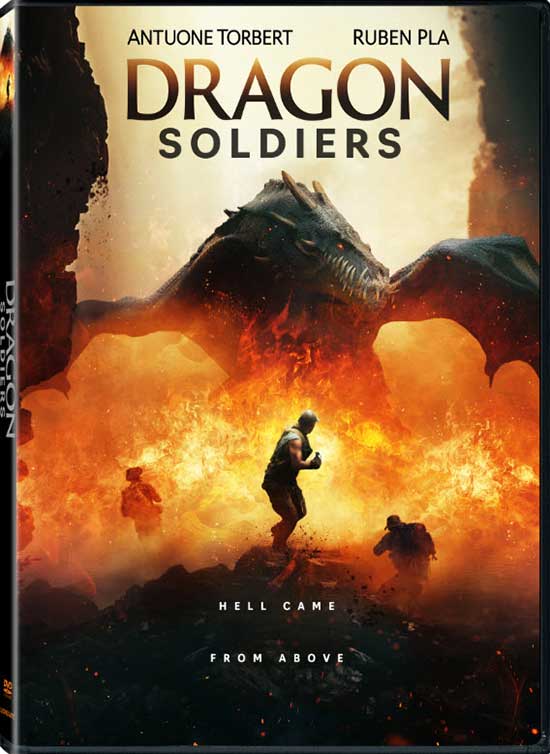 A lethal creature hides in the woods that surround a suburban area and kills anyone who comes near it in Dragon Soldiers, arriving on DVD, Digital, and On Demand December 15 from Lionsgate. Starring Ruben Pla and Antuone Torbert, the Dragon Soldiers DVD will be available for the suggested retail price of $19.98. Check out the trailer below.

OFFICIAL SYNOPSIS
When locals start vanishing from a small Colorado town, the mayor hires a squad of elite mercenaries to fight off the menace — whoever or whatever it may be. Leader Cameron (Ruben Pla, Insidious) and his team suspect a ruthless gang of mercenary survivalists…until they come face to face with a massive, airborne, fire-breathing reptile. Now, stopping the creature and surviving the attacks will take weapons, explosives, and gunfire, along with every ounce of courage they have left.