Home | News | Dance Your Way To Halloween With LVCRFT; THE SEQUEL Out Today

Dance Your Way To Halloween With LVCRFT; THE SEQUEL Out Today 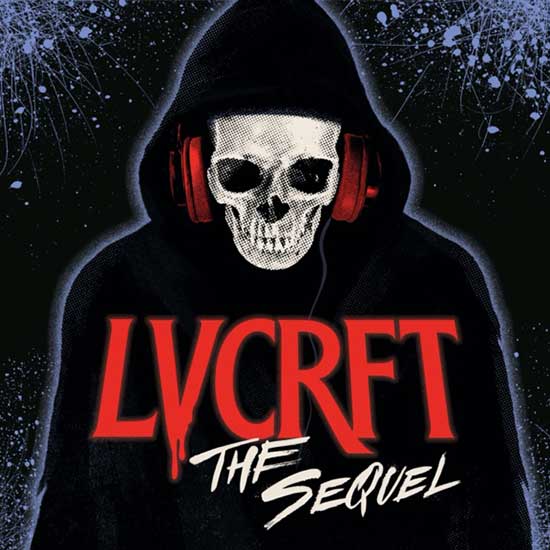 No trick or treat? Sitting in and eating all that candy by yourself? LVCRFT, a musical coven of Grammy-Award winning, Halloween-obsessed hitmakers, are back and got you covered with their second annual soundtrack of ghoulish bops featuring a who’s who of hymns, hits and horror. The Sequel, out October 1, is a collection of 15 original new Halloween-themed songs to get you through this spooky season.

LVCRFT is a collective of renowned songwriter-producers, founded by Peter Wade, Evan Bogart, and Amanda “MNDR” Warner – who have cumulatively penned worldwide hits for artists such as Beyonce, Rihanna, Lizzo, Mark Ronson, Amy Winehouse, Mariah Carey, Jennifer Lopez, Britney Spears, Charlie XCX – and are all haunted by their passion for all things music and Halloween. The spooky-obsessed collective felt there was a decades-long void in current Halloween and horror-pop music culture, and decided to take it into their own hands to spawn new tunes for the Spooky SZN year after year. “…a clear ancestor of iconic Halloween hits like ‘The Monster Mash’ and ‘Thriller,’” said GQ.

LVCRFT has been teasing tracks from the album all Spooktember long and kicked things off with their version of the classic “Spooky Scary Skeletons,” which was hand-picked to be the theme-song for Freeform’s beloved annual “31 Nights of Halloween.” The synth-pop gem “Psycho” followed, with MNDR (redruMNDR) at the hellish helm and just last week, they released “Exercise The Demons starring Dua Lipa and Katy Perry hitmaker Sarah Hudson (Olivia Demon Spawn), alongside horror-movie icon Bruce Campbell (Evil Dead). With the help of cult-favorite fitness guru HyperBody®️, they unveiled a music video and a 30-minute Zombie Workout to help you get into zombie-apocalypse shape before indulging in a month of treats.

While some are trying to cancel Halloween this year, “Halloween can never be canceled, not while LVCRFT lives.”

For more information, visit LVCRFT.net for tunes, tricks and treats.