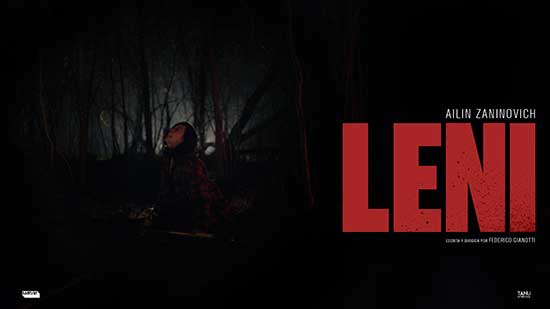 Nightmares and mysterious flashbacks torment a young woman trying to regain her sanity. LENI is a character driven horror-thriller that explores trauma and fear.

Shot on a microbudget over weekends and post-produced during lockdown LENI marks Ailin Zaninovich’s first starring role in a feature-film and Federico Gianotti’s directorial debut.

Synopsis:
Recurring nightmares and the aftermath of a violent break-up have put Leni on edge as she desperately seeks to regain her sanity. Now she must confront her monsters in order to unravel the trauma of a past she doesn’t seem to fully remember.