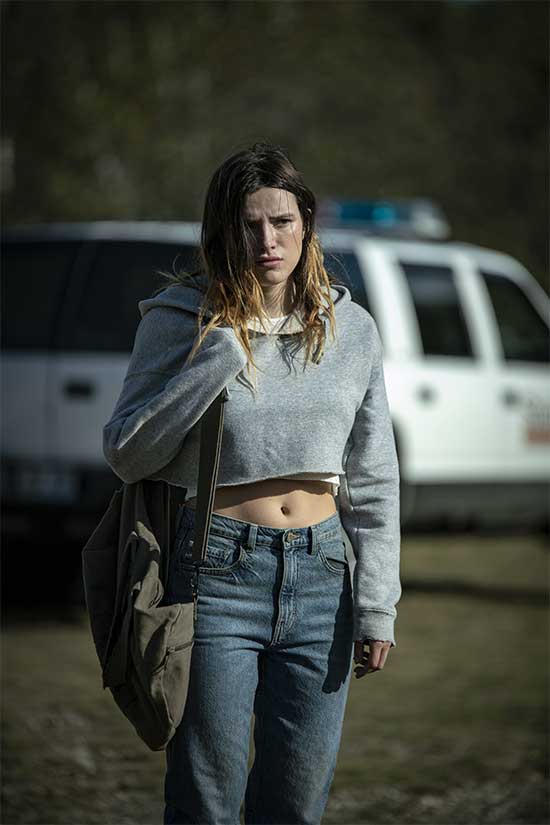 New York – September 23, 2020 – Screen Media, a Chicken Soup for the Soul Entertainment (Nasdaq: CSSE) company, announced today the acquisition of all US rights to Chad Faust’s feature directorial debut thriller GIRL. The film will premiere at Fantastic Fest later this week, followed by a day-and-date release in November.

In GIRL, a young woman (Bella Thorne) returns to her small hometown to exact revenge on her abusive father, only to discover someone murdered him the day before. As the girl searches for answers, she soon finds herself prey to a sinister sheriff (Mickey Rourke) and uncovers a family legacy more disturbing than she’d imagined.

“Chad Faust wrote and directed a visceral and thrilling film that we’re excited for audiences to experience. Bella Thorne gives a raw and powerful performance and Mickey Rourke sizzles with menace and intrigue,” producer Thomas Michael said in a statement.

“We are thrilled to showcase Bella Thorne like you’ve never seen her before, and we know her fans are going to love watching her take charge, and take names. It is fitting that it will make its debut at this year’s FANTASTIC FEST, as we think it will be a favorite of genre fans everywhere,” Screen Media said in a statement.

The deal was negotiated by Needle, SVP Global Acquisitions and Co-Productions for Screen Media with Jason Moring, President and CEO, and Mark Padilla, SVP of Sales & Acquisitions, of Double Dutch International on behalf of the filmmakers.

The announcement follows on the heels of Screen Media’s acquisition of Jesse Quinones’ MMA action film Cagefighter, featuring Gina Gershon, Jon Moxley, and Chuck Liddell, also set for a fall 2020 release. In addition, Screen Media recently released Blackbird, the Roger Michell-helmed drama starring Susan Sarandon, Kate Winslet and Mia Wasikowska in theaters and on demand September 18. Rod Lurie’s feature film The Outpost, based on Jake Tapper’s New York Times Best Seller The Outpost: An Untold Story of American Valor, has been one of the top films this summer across all platforms since its launch July 4th weekend. The company is in post-production on Willy’s Wonderland with Nicolas Cage.