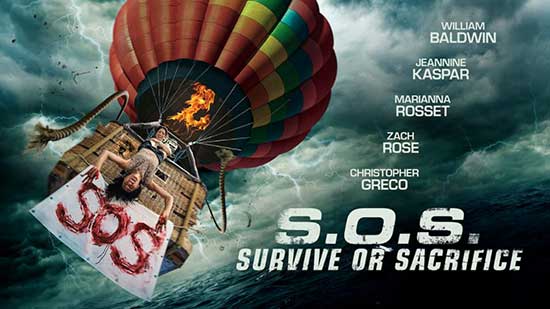 When Kate (Jeannine Kaspar) and her 13-year old little sister Liz (Kseniya Pinch) are reunited on the Mediterranean island Cyprus, Kate meets Myrianthy (Marianna Rosset) and with a group of locals agrees to an exciting ride in a hot air balloon. The joyride takes a dangerous turn when it becomes untethered and the passengers ascend without a pilot. Their cell phones out of range and the balloon running out of gas, Kate and Myrianthy begin a desperate fight for their lives as the balloon is pushed out over the open ocean. Back on land, Liz has become an unwanted “material witness” to a robbery committed by Jack (William Baldwin) who happens to be Myrianthy’s boyfriend. Matters take a dramatic twist, one that will mark their lives forever. While Liz may be their only hope of rescue, can she get to them in time?

The Vision Films action-thriller will release On-Demand and On-Digital on October 27th, 2020.