Home | The controversial MR. SAM – “A mortician falls in love with his corpse”

The controversial MR. SAM – “A mortician falls in love with his corpse” 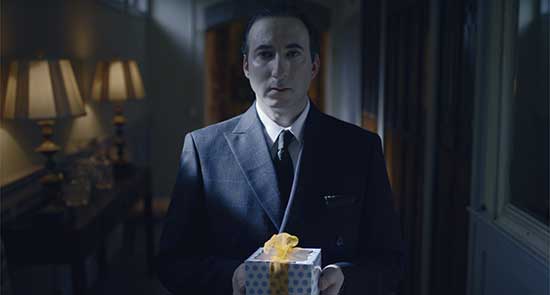 The disturbingly wonderful MR. SAM (:29) has become quite the controversial film on the festival circuit; garnering audience and jury awards alike. If you missed seeing it last week at GENREBLAST, you can view it now. It’s next stop: San Antonio Film Festival in November.

When a mortician’s love for a corpse is discovered; his once peaceful but twisted life begins to unravel.

Today is a big day for Mr. Sam. He is going to reveal to his mother that he’s finally found the love of his life. Mr. Sam has many secrets; but the biggest one he’s managed to keep hidden from everyone is discovered when his best friend Sandra arrives earlier than expected and catches him red-handed. Luckily for Sam, all may not be lost. Sandra has a secret of her own, which locks the two into a twisted pact. Life, however, is not that simple. Sam nearly breaks coming face to face with Sandra’s demon with deadly consequences. Sam must carry the burden for both and for now, secrets remain buried. But for how long?

Mr. Sam Trailer A from Zeus Pictures on Vimeo.