Last Days of Lazarus – Revisit a post-soviet Eastern Europe in a Bone-chilling adventure! 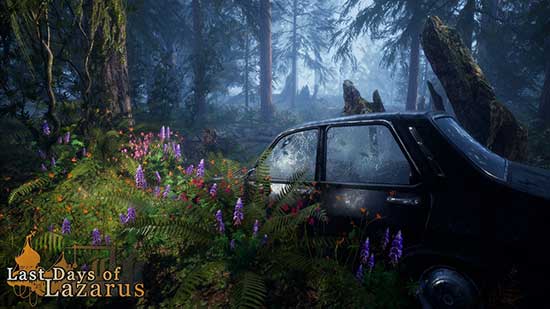 Independent developer Darkania Works and publisher GrimTalin announced their new horror game which is coming to Steam, Xbox One, and Nintendo Switch. Last Days of Lazarus is a vision from George Remus, writer and artist behind the critically acclaimed Gray Dawn (84% positive reviews on Steam)
About the game

Set in a post-soviet Eastern Europe, Last Days of Lazarus tells the story of a troubled man returning to his childhood home after his mother’s death to spend some time with his sister, Lyudmila. But as the country around him starts to fall apart, so does reality itself, resulting in a series of unexplainable events that lead him on a quest to find out more about his family’s disturbing past.

Last Days of Lazarus is a first-person adventure game with a strong narrative and rich visuals, drawing its inspiration from the post soviet era with a Gothic vibe and supernatural elements. As the story unravels, you’ll meet questionable characters whose corrupted version of the truth may be difficult to navigate. With a troubled past yourself, you’ll struggle not only with solving the mysteries laid upon you but also with keeping any sliver of hope for salvation alive.

Relive the post-soviet Eastern European era in a bone-chilling setup
Experience an enthralling story about death, suffering, spirituality, and politics, where a disturbing plot merges with unexpected twists
Follow two additional narrative paths, each with different characters, story and places to explore
Visit diverse and stunning environments inspired by the Eastern Mysticism and the idyllic Romanian scenery, with dread and gore playing the counterbalancing role

Last Days of Lazarus is currently set to release in early 2021 on Steam. Soon after, the game will be released on Xbox One and Nintendo Switch. If you’d like to receive access to the preview version, hit the reply button and I’ll make sure to organize your copy as soon as it’s ready :)