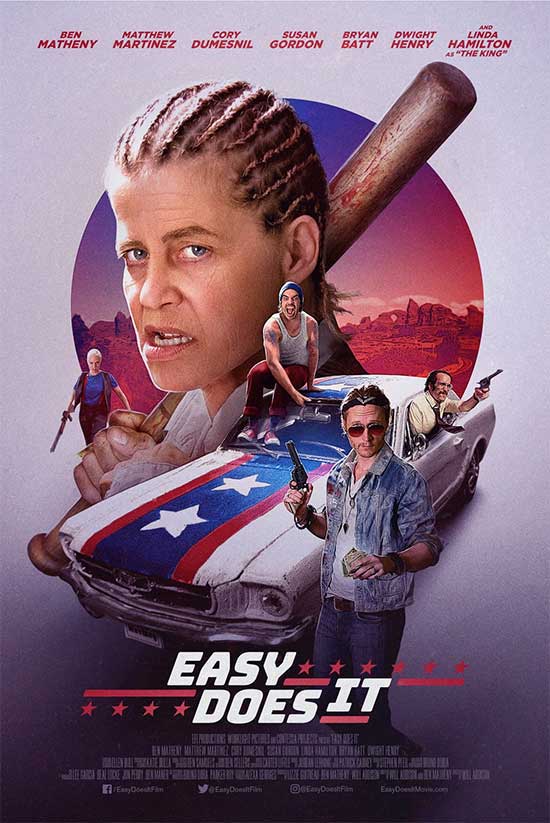 They have big dreams and no prospects. When the friends learn of hidden loot in sunny California, they decide to take their shot at the American Dream. However, when their hometown criminal matriarch “King George” (Hamilton), hears of the windfall, she sends her personal bounty hunter/daughter, “Blue Eyes” (Susan Gordon, Empire, Chicago P.D.) to chase them down. Broke and out of gas, Jack and Scottie attempt to drive off with “borrowed” fuel… and wind up staging an impromptu hold-up.

The bungled job saddles them with a whiney, accidental hostage named Collin (comedian Cory Dumesnil) and lands them in the crosshairs of a cocky Texas cop and world-weary sheriff (Batt and Henry). With no turning back and two thousand miles to go, they have no choice but to rob their way across the Southwest… with the reluctant assistance of Collin. Now the good times are rolling as the ragtag trio’s anti-heroics bring about an unlikely friendship with a blossoming Collin. All the while, Blue Eyes and Johnny Law are closing in. It’s gonna be a guns-blazin’, car-chasin’ race to the finish!

Tags EASY DOES IT