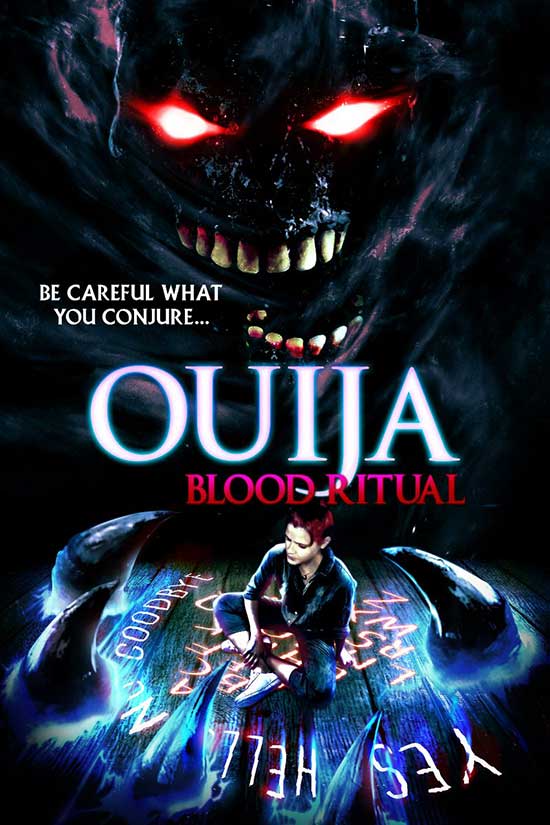 Phantom Pain Films is pleased to announce the release of Ouija Blood Ritual through virtual cinemas on June 5th, and Blu-Ray, DVD and VOD on June 30th.

In Ouija Blood Ritual, the footage of three filmmakers shooting a web series has been recovered. Intending to debunk famous Internet urban legends and rituals, they perform a blood ritual that summons an ancient primordial entity in the process. As the spirit’s unstoppable evil seeps into their daily lives the trio are left with a single choice: Submit to its will… or die.