The List of 30 the Best Back to School Horror Films

When you get to choose a film to watch in the cozy evening, very often all worthy movies seem to be somewhere in the parallel universe. You try to recollect famous names, seek movies by successful producers, try to consult with friends… But it doesn’t always help.

So, today we will provide a list of the top back to school horror movies for your pleasure and entertainment so that you will not waste your time picking what to watch. Let’s go!

Speaking about homework and your duties that you might have left aside while entertaining with film, in case you missed something and want to get help, there is a great online helper WriteMyPaper4Me that can do the work for you while you let yourself unwind. 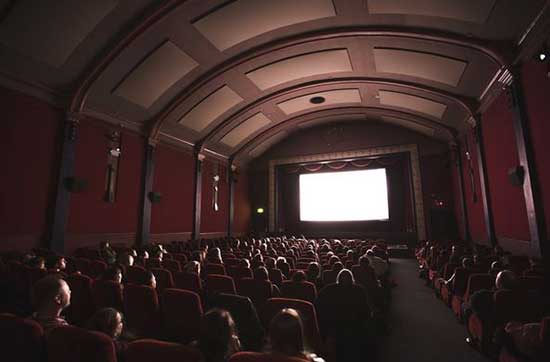 P.S. Don’t forget to save this list for the weekend.

Another part of this list we will describe in more detail. These movies are sure to help you re-live the high school time once again, and become a unifying theme for you and your school buddies or faculty friends anytime.

Perhaps, as the most famous film about girl witches, this film will be perfect for a student meeting with the class or group mates. Having become the classic of the horror genre, this story of both teen life struggles, overcoming dark forces and desires, and the potential that every person has to unveil. This is also a plot about adventures that can speak to you in different terms.

This movie is harsh, so pick it if you really need to watch something sobering. With the bright mind Johannes Roberts as a director, plus starring actors from ‘The Pirates of the Caribbean’, it is about the school in England where violent actions initiated by the group of teenagers take place. The tension between school children and the teacher keeps your nerves strained until the very end. Still, there is no sense to retell the plot – watch it yourself.

Again, as the movie from the early 1990s, it is one more classic of all times. The girl, Buffy, suddenly finds out that she is the only hope of humanity in the battle with evil. The film is based on the old legend but it’s not clearly seen from the story. Apart from showing how the heroine fights with fear and insecurities, lives through the prom and the high school, builds and tears down relationships, the film is very relevant to college students and school children since it’s much about maturing and growing up.

For those who like drama and horror mixed up, this is a story of how a boarding school teacher investigates the death of a student and gets into a ghost adventure. Besides, this plot is also dealing with the serious topic of liking the supernatural and the scientific, where the teacher is puzzled, looking for a logical explanation of things that are happening.

A masked serial killer shows up at a prom evening – what else can you add to this intriguing start? A scary story of vengeance and revenge for the lawlessness that students committed 6 years ago shows that life is far from a game, and, in the end, you will have to reap what you have sown, (and dead groupmates do not add up to your rep).

Murder, masked friendship, taking revenge on each other, a terrible car accident – that is what fake relationships usually lead to. People kill for various reasons, but this film will give a wider perspective on the motives of the killer and the horror of being indifferent to friends. So if you want to reflect on your past friendships or just have a thought about what you spend yourself on, we recommend you to see this film and make conclusions.

The final movie that we want to share is about the events on Halloween, where a bunch of friends breaks into the haunted house and soon fall into the curse of finding no way out there. Fear is there to stall them and they no longer realize what is real and what is a fantasy.

This list can be continued with some more alien horror movies but we guess it’s too stereotypical. With these entertaining, teaching, frightening, and giving food for thought films, you are sure to spend an unforgettable time with friends.