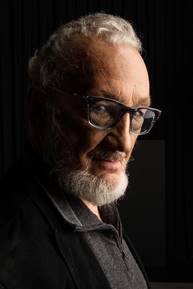 On An All-New ‘Portals to Hell,’ Jack Osbourne and Katrina Weidman Connect With Spirits of Colonial Soldiers at a Historic Fort in Lake George, New York

Hidden away in the dark shadows of our nation’s history are tales so terrifying, they must be true. Veteran actor and legendary horror movie icon Robert Englund (Freddy Krueger of the “A Nightmare on Elm Street” franchise) scours news reports of yesteryear to bring viewers twisted tales ripped straight from the headlines in “True Terror with Robert Englund.” Using his ominous tones and creepy charisma, Englund weaves together a trilogy of spine-tingling tales, guided by newspaper accounts and layered with commentary from historians and experts that prove that truth is always stranger than fiction.  [Hour-long episodes]

The premiere episode begins with a North Carolina storekeeper who is tormented by a prophetic countdown to his doom. Did he will his own fate or was there a higher power at play? Then, a New Orleans teenager finds himself literally trapped inside a waking nightmare, unable to save himself from his horrific fate. Finally, an Atlanta police station becomes a battleground for a killer … and a vengeful spirit. Other stories this season include: a mechanical marvel that torments its owner; a shadowy serial killer known as “The Axeman” authors a letter that ignites panic; a farmer battles a devilish curse; a greedy undertaker defiles the dead – then faces their wrath; a future president enters a savage beast’s den; a family is stalked by a mythical creature and many more haunting stories you have to see to believe.

Two aging ranch hands battle a flying man-eater in the Arizona desert, a young Theodore Roosevelt trespasses into the lair of a half-human predator and demonic entities prey upon villagers in rural Pennsylvania.

Some of the most amazing, eye-opening and downright scary paranormal videos from around the world are featured as a panel of experts breaks down the footage and analyzes what exactly the eyewitnesses captured. Insights from some of the most knowledgeable specialists in the field and firsthand accounts from the people lucky enough – or perhaps unlucky enough – to witness these strange phenomena for themselves just might make a believer of even the biggest skeptics out there. [Hour-long episodes]

A ghostly woman in white strolls along a dark highway, an underwater entity stalks a boat in a canal and a gas station employee makes contact with a mysterious humanoid.

Beloved pets visit their owners from beyond the grave, a poltergeist moves chairs in a sports bar and a couple is interrupted by an uninvited dinner ghost.

In each episode of “Ghost Adventures,” Zak Bagans and Aaron Goodwin, along with A/V techs Billy Tolley and Jay Wasley, travel to a different haunted destination where they meet with locals, eyewitnesses and experts in an attempt to piece together the haunted history of each site. They then begin their “lockdown” investigation, using the latest scientific gadgets and technology in an effort to obtain physical evidence of the paranormal and uncover the truth behind each haunted mystery. [Hour-long episodes]

Zak Bagans and the crew travel to the Antelope Valley in Sacramento, California, to confront a demonic entity that’s tearing a family apart. Bagans believes an exorcism may be the only way to save them from the dark and powerful forces plaguing their home.

Aaron Goodwin’s father, Don, calls Zak Bagans and the crew to his Las Vegas home, where Aaron once resided, to investigate threatening paranormal activity. The terrifying apparition of a little girl and a dark, powerful presence a neighbor believes is a witch has left Don scared for his life.

Former NYPD homicide detective Steve DiSchiavi and physical medium Amy Allan are back on the case with a brand-new season of Travel Channel’s hit series, “The Dead Files.” In every episode, DiSchiavi and Allan first investigate each case separately. Utilizing his detective skills, DiSchiavi interviews witnesses and experts, and researches the history and facts behind each location. Allan, a physical medium who sees and communicates with the dead, assesses the property to identify what underlying entities reside there. Keeping their findings hidden from each other, the team avoids all contact with one another – coming together only at the very end to reveal their shocking discoveries to the property owners, and each other. [Hour-long episodes]

Steve DiSchiavi and Amy Allan travel to Newton, Pennsylvania, where a family claims a recent home renovation has unleashed an onslaught of paranormal activity. Everyone in the home is under attack, and they’re worried they won’t survive living there for much longer.

Amy Allan and Steve DiSchiavi head to New Philadelphia, Ohio, where dark forces are causing a rift in a couple’s marriage. Even worse, the newlyweds are under constant physical attack. They fear someone will wind up dead if they can’t rid their home of the evil spirits.

Paranormal investigators Amy Bruni and Adam Berry, along with psychic medium Chip Coffey, enter America’s darkest locations, demanding answers to the most chilling haunted mysteries. Bringing peace to the living by giving a voice to the dead, their multilayered investigations dig deep into the past to identify the restless spirits and analyze the threat. Throughout the season, America’s most intense paranormal activity takes them to evil and historic locations, including properties that were used as orphanages and asylums, as well as personal homes inhabited by aggressive entities.

Amy Bruni, Adam Berry and Chip Coffey investigate an old hospital in South Pittsburg, Tennessee. Once a beacon of hope, the abandoned building now hoards spirits of the dead, including a dog-like entity called the Creeper.

Amy Bruni, Adam Berry and Chip Coffey are granted exclusive access to the Paramount Theatre in Asbury Park, New Jersey. The location’s bright future is marred by a tragic past. Can the team bring peace to the lost souls trapped inside the historic building?

Descend into all-new eerie encounters when Travel Channel’s hit series, “Portals to Hell,” returns with a brand-new season. Avid paranormal investigators Jack Osbourne and Katrina Weidman resume their chilling journey to historically haunted locations in the United States, confronting sinister stories of the supernatural as they seek concrete evidence that a spirit world exists. In each episode, Osbourne and Weidman dive headfirst into a site, examining unusual incidents while utilizing specialized technology and a network of experts to help document and uncover the truth. [Hour-long episodes]

Jack Osbourne and Katrina Weidman head to Lake George, New York, to investigate the site of one of the bloodiest massacres in Colonial America. The team embarks on a mission to find out if the paranormal activity is the echoes of dead soldiers or something more sinister.

Katrina Weidman and Jack Osbourne gain unprecedented access to the infamous Shanghai Tunnels of Portland, Oregon. They’ve been called on to determine if two newly restored tunnels are safe for public tours after a recent spike in violent paranormal activity.

HAUNTING IN THE HEARTLAND

Why do so many communities across America have stories of unexplained paranormal experiences that, through word-of-mouth and consistency, turn into lore? In “Haunting in the Heartland,” paranormal investigator and documentary filmmaker Steve Shippy visits Midwestern towns that have been traumatized for generations by ripples of fear. Growing up in a rural Michigan “creepy house on the corner,” Shippy uses his own personal experiences to make intimate connections with the families who’ve reached out to him for help. He then puts the puzzle pieces together to identify and decipher the larger mystery of the town’s haunting. [Hour-long episodes]

Steve Shippy travels to Atchison, Kansas, to investigate an angry presence terrorizing a brother and sister. The investigation leads him to one of America’s most-haunted homes and the realization that every part of the town has been touched by the paranormal.

Steve Shippy ventures to Malvern, Iowa, where a little girl’s ghost haunts a small farming village. Who is this little girl, and what does she want? The answers shock Shippy and his crew as they must bind together to confront something far more sinister.

THESE WOODS ARE HAUNTED

The great outdoors aren’t always so great. In fact, the woods are filled with mysteries that sometimes cannot be explained. These are the true accounts of people who ventured deep into the forest only to come screaming out with stories that defy reality. [Hour-long episodes]

“We Were Goners and I Smelled Rotting Flesh” – Premieres Saturday, March 21 at 9 p.m. ET/PT

A family stumbles upon a terrifying creature in the woods surrounding their new home. A young woman encounters an eerie apparition in a Kentucky cemetery.

“It was Just Like a Nightmare and We’re Not Gonna Make It Out” – Premieres Saturday, March 28 at 9 p.m. ET/PT

The past comes back to haunt a group of Civil War re-enactors in the Virginia woods. Two brothers encounter an aggressive Bigfoot while exploring an abandoned building in the Iowa wilderness.

“Haunted Hospitals” tells chilling tales of paranormal activity inside hospitals, nursing homes, morgues and medical institutions. Past patients suspended between this world and the next, departed medical professionals who insist on overseeing their wards long after death, spirits roaming corridors to signal unfinished business with their presence – these terrifying stories are told by the medical professionals and patients who experienced them. These are not random encounters, but part of paranormal patterns experienced by hospital staff all over the world. [Hour-long episodes]

A dark presence attacks a security guard at an old psychiatric facility, a hospital receptionist has a run-in with a mysterious entity and a doctor encounters a disturbing apparition while working the night shift.

A forensic technician is horrified to discover the dead have followed him home from the morgue. A caretaker develops an unhealthy obsession with an abandoned hospital after a terrifying brush with the paranormal.