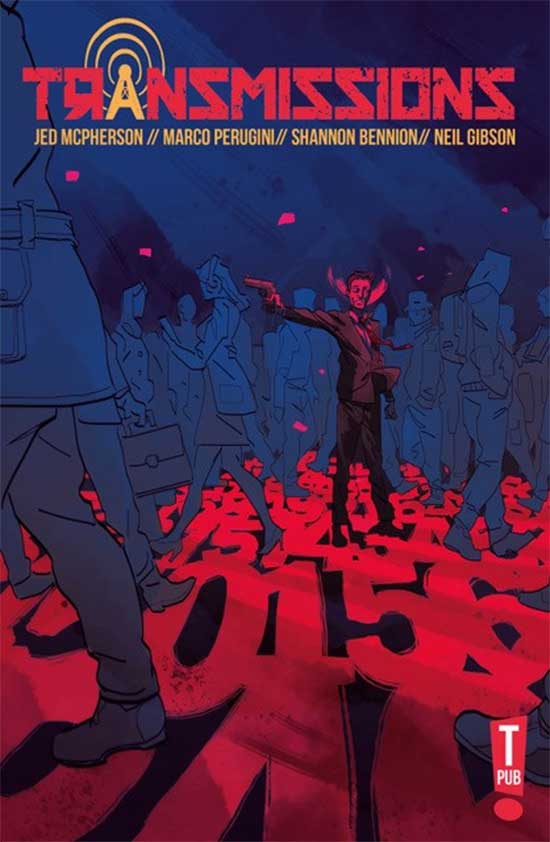 TPub Comics, publishers of The Theory, The Traveller and Amazon best seller Twisted Dark. After a very successful Kickstarter campaign this year, the first issue of T-Pub’s new spy thriller comic TRANSMISSIONS will soon be available for purchase!

British SIS agent Charlie Stratford was supposed to be on holiday, but when Element banking is hit by one of the most vicious mass shootings in recent memory, he’s brought in to investigate. But after he finds a link to a cold war era cryptology op called The Numbers Station, he teams up with Sasha–an ambitious young GCHQ codebreaker–to shut down the numbers station before anyone else dies

The release schedule for this series is as follows: