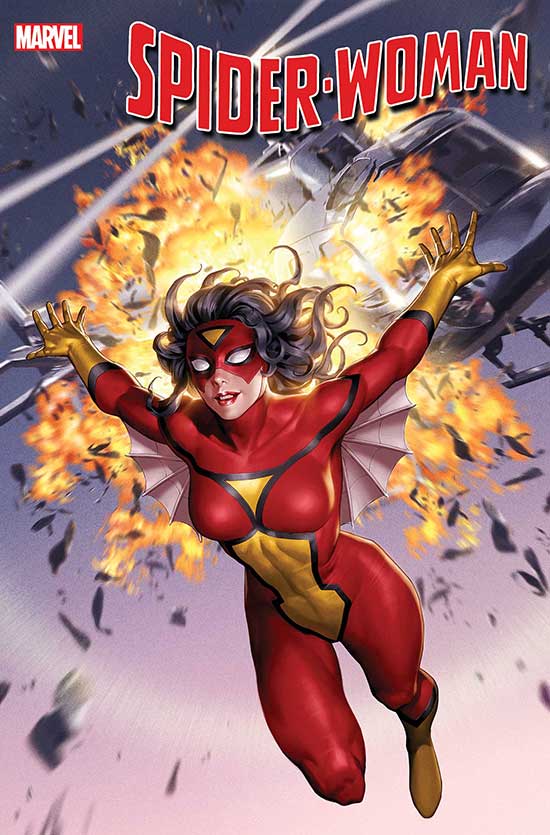 Spider-Woman is back and she’s not pulling any punches. This March, Jessica Drew finds tangled in a web of mystery and surrounded by enemies new and old in her brand-new solo series by Karla Pacheco and Pere Pérez. Expect shocking revelations about her origin, characters dropping in from her past, dangerously high stakes, and of course, classic super hero action only Spider-Woman can deliver!

Oh, and did we mention she has a new costume? Check out Spider-Woman’s fresh look, designed by legendary artist Dave Johnson, in Junggeun Yoon’s SPIDER-WOMAN #1 cover below. And as previously revealed, the explosive first issue will also be available with a cover depicting Spider-Woman in her classic costume! This is one adventure you won’t want to miss, so pre-order SPIDER-WOMAN #1 at your local comic shop today!