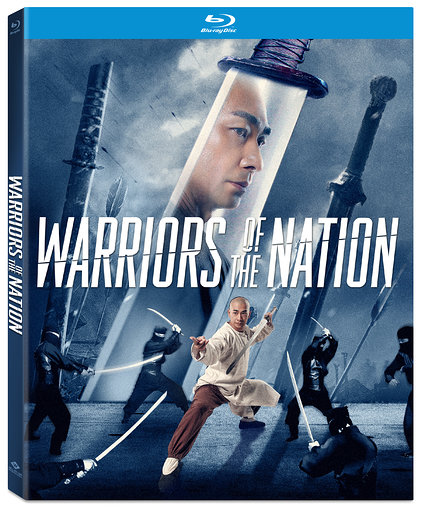 WARRIORS OF THE NATION

After the Sino-Japanese War, the Japanese army tries to once again gain control in China by hiring a secret organization, The White Lotus Society, to kidnap the military minister. Wong Fei-Hung and his disciples must stop this attack to prevent another war from starting in the martial arts action epic WARRIORS OF THE NATION, debuting on Digital and Blu-ray™ February 18 from Well Go USA Entertainment. Directed by Marco Mak (chief editor on the iconic film Once Upon a Time in China) featuring classic, over the top, old school martial arts, WARRIORS OF THE NATION stars Wenzhuo Zhao (Once Upon a Time in China franchise, True Legend), cinema newcomer Lubing Li, Miya Muqi (The Monkey King 2) and Kenya Sawada (Street Fighter).

At the end of the Sino-Japanese War, a top military officer, Zhang Zhidong, is kidnapped in the middle of the night by a militant organization called the White Lotus Society. When he overhears a sinister plot to overthrow the central government by China’s own military officials, Wong Fei Hung knows he must rescue Zhang to protect China and prevent another war from happening. With Vincent Zhao reprising his legendary role, follow the next chapter in Wong Fei Hung’s story with spectacular classic martial arts action.

WARRIORS OF THE NATION has a runtime of approximately 92 minutes and is not rated.

Tags WARRIORS OF THE NATION