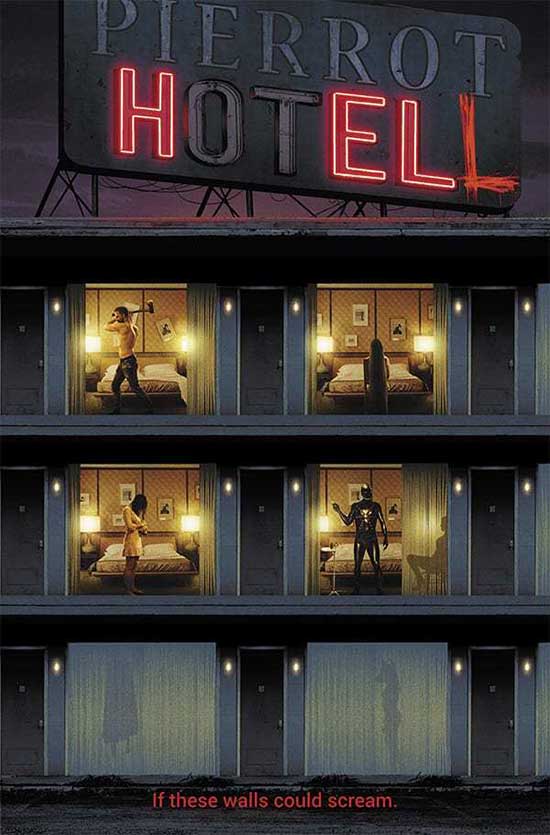 You won’t find it on any map, but if you happen to be driving down Route 66 late at night and you’re truly desperate for shelter, sanctuary or secrecy, you might see a battered sign on the side of the road: The Pierrot Courts Hotel – where many check in but few check out.

Artists Writers & Artisans (AWA) is a comic book and digital media publisher, owned and operated by creators, founded by Marvel alumni Bill Jemas and Axel Alonso, along with Jon Miller, the former CEO of News Corp. Fully funded by James Murdoch and Lightspeed Venture Partners, AWA has some of the biggest names in comics and film, such as J. Michael Straczynski, Reggie Hudlin, Garth Ennis, and Frank Cho working to craft new worlds, characters, and stories for a 21st Century audience. Find out more about our work at AWAStudios.net.

Upshot is an imprint of AWA. Made up of creator-owned stories and a shared universe for the 21st Century. The shared superhero universe, is led by the upcoming release “The Resistance.” Upshot Studios larger shared universe – led by AWA Chief Creative Officer Axel Alonso – will offer stories outside of the superhero tradition.