Apple TV+’s new series Servant from M. Night Shyamalan features an unsettling score from composer Trevor Gureckis. Along with tomorrow’s highly-anticipated series premiere, you can stream the soundtrack exclusively on Apple Music, courtesy of Lakeshore Records. The album will then be digitally released on iTunes on January 3rd, and all other digital platforms on March 6, 2020. 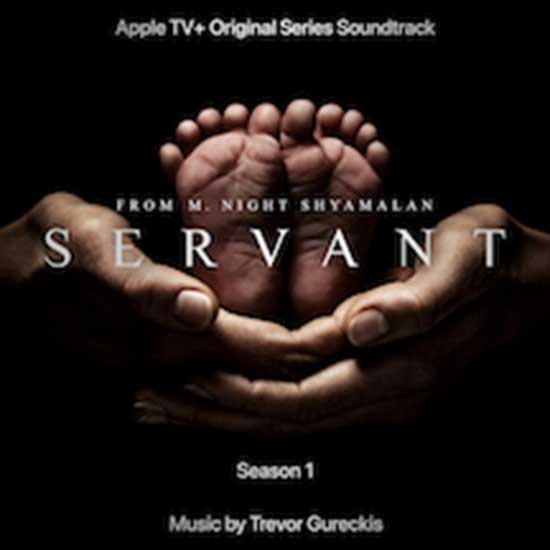 Lakeshore Records is set to release the soundtrack for Servant, a new Apple Original series from Academy Award-nominated director and executive producer M. Night Shyamalan, and created and executive produced by Tony Basgallop, which will premiere November 28th exclusively on Apple TV+. The soundtrack features music by composer Trevor Gureckis (The Goldfinch, Bloodline) and will be released exclusively on Apple Music on November 28th, followed by a digital release on iTunes January 3rd, and all other digital platforms on March 6, 2020.

Beginning November 28th, the first three episodes of Servant will be available to watch exclusively on Apple TV+ in over 100 countries and regions around the world. New episodes will continue to roll out weekly every Friday.

Servant is a new psychological thriller that follows a Philadelphia couple in mourning after an unspeakable tragedy creates a rift in their marriage and opens the door for a mysterious force to enter their home.

Says Gureckis: “The Servant’s musical sonic palate of clanging percussion, prepared piano, wailing bowed instruments, and detuned strings and winds came about from M. Night and I having the unified willingness to take the time to explore as many ideas as possible, in search of the right sound for the series. I started with a rather full orchestral concept but we soon realized that with the whole show taking place in a single house, almost like a play, it needed an intimate sound with small objects. As the series progresses, existential threats develop and likewise the score expands. Hearing one of the early tracks like ‘Welcome’ or ‘Monitor’ with its austere brutalism and then the textural complexity of the final track ‘The Servant,’ will give you a sense of the journey we go through within these 10 episodes.”

Apple TV+ is now available in over 100 countries and regions, and is available on the Apple TV app on iPhone, iPad, Apple TV, iPod touch, Mac and other platforms, including online at tv.apple.com, for just $4.99 per month with a seven-day free trial.