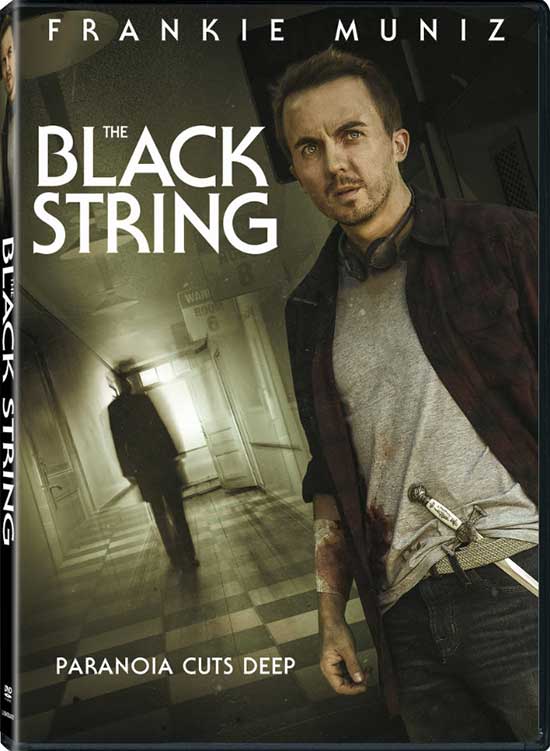 **Frankie Muniz gives a chilling performance in thriller THE BLACK STRING. Out tomorrow on Digital, On Demand and DVD!**

Muniz plays Jonathan, a lonely twenty-something, stuck in his hometown working night shifts at the local convenience store. When an unexpected encounter with a mysterious woman turns his life upside down, Jonathan is stricken by illness and nightmarish visions. Friends and family believe he’s losing his mind, but Jonathan is convinced he’s the target of something far more sinister.

This electrifying thriller was an official selection at the 2018 Austin Film Festival and will keep you on the edge of your seat from start to finish. The Black String DVD includes an audio commentary, making-of featurette, deleted scenes, and alternate takes, and will be available for the suggested retail price of $19.98.

OFFICIAL SYNOPSIS
After Jonathan (Frankie Muniz, Agent Cody Banks) hooks up with sexy Dena through a swinger’s hotline, he becomes incredibly ill. Suffering from blackouts and hallucinations, Jonathan’s life begins to fall apart. He becomes convinced that he’s the helpless victim of an evil cult that’s cursed him with deadly mystical forces beyond his control. But is this supernatural threat real or all in Jonathan’s troubled mind? This riveting horror-thriller will leave you shaken long after it’s all done.