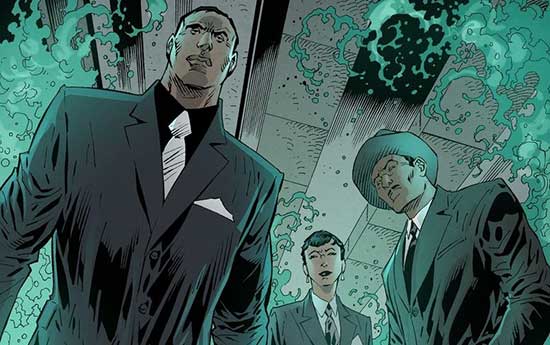 With Rybach and his elementals attacking the Conway farm, Cole discovers and unleashes untold powers from a lineage recently brought to light. It’s enough to hold off Rybach… but how will Cole fare against a trio of bloodthirsty demons that materialize in town after following him through time? Demons Belphegor, Behemoth, and Enepsigos make their MONSTER WORLD debut! 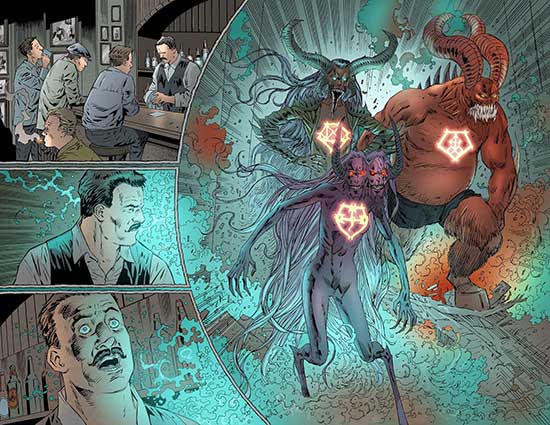 The art team of Piotr Kowalski and Dennis Calero is a match perfectly made in these teaser pages, which recount the first appearance of three major demons.