TRACK APPEARS ON ‘BATTLE LINES’ ALBUM OUT NOW ON DOMINO 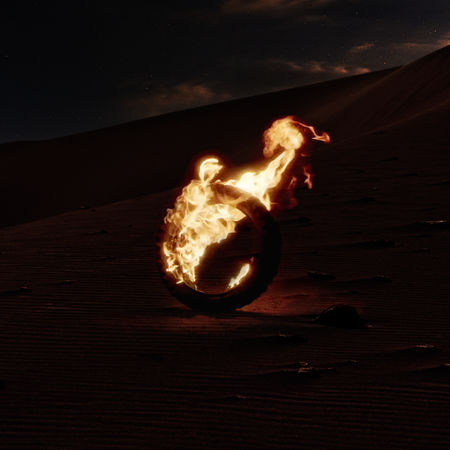 Recently touted in Billboard Dance’s Top 100 artists for 2019, BOB MOSES have made available today the video for “Enough To Believe” from their Domino album BATTLE LINES. Directed by Matilda Finn (2017’s UKMVA Best New Director), it follows a journey on a dark road steeped in dark blue hues and symbolism.
View the video for “Enough To Believe” now at: smarturl.it/enoughtobelieveyt
“The video concept for ‘Enough To Believe’ is a visual painting of the internalized struggle in life,” states Finn who also has done work for Jay Rock and Danny Brown.  “Life’s struggles come in ebbs and flows, and when I listen to this track it made me think of ‘the hero’s journey’; this is the concept that is used for narrative storytelling.” Finn adds that “it’s based on the theory that in life itself you are faced with numerous cycles of challenges; you can either choose to take these challenges on and evolve or you can ignore them.  Ignoring them inevitably leads to veering down the wrong path, even then we are still then always faced with challenges in order for us to accept and evolve.”
In addition to the video, BOB MOSES also recently created a Beats 1 One Mix for Apple which can now be heard here.
2019 is proving to be a major festival year for BOB MOSES, who is Vancouver-bred, Los Angeles-based Tom Howie and Jimmy Vallance. The Canadian band kick off their run this month at Coachella with slots confirmed on Saturday, April 14 and 20. Other major festivals set to feature them include Governors Ball, Outside Lands, Firefly, Electric Forest and Osheaga, just to name a few. The full routing follows below.
BOB MOSES‘ album BATTLE LINES spawned the hit hit single “Back Down,” led to a performance on Ellen, was named one of Billboard’s Best Electronic Albums of 2018 and culminated in a sold- out show at the Palladium in their adopted hometown of Los Angeles.   “Enough To Believe” is also available in a remix package featuring reworks by Jamie Jones, Eagles & Butterflies and Iain Howie.
Hear the “Enough To Believe” remixes HERE.
Battle Lines is out now. Get it on all physicals formats here and digitally here.
Share