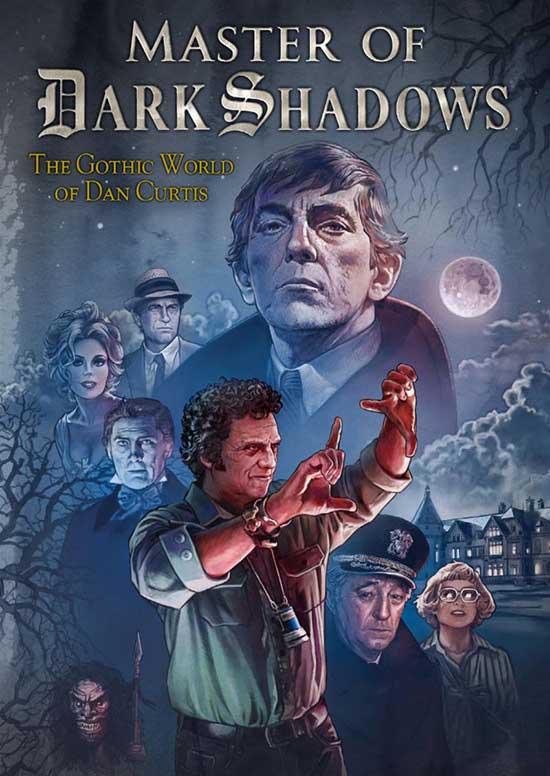 MPI Media Group has officially released the trailer and announced  the release date for it the highly anticipated MASTER OF DARK SHADOWS, a comprehensive celebration of the legendary Gothic daytime series Dark Shadows and its visionary creator, Dan Curtis. The film will be available across digital platforms and on DVD April 16, 2019.

The feature documentary, which was shot in New York,  LA and London, includes interviews with key actors and filmmakers involved in the undyingly popular story of vampire Barnabas Collins and all the eerie goings-on at the gloomy Maine mansion Collinwood. The documentary was directed by David Gregory(Lost Soul, Godfathers of Mondo)and is set to be released this spring.

In 1966, a phenomenon was launched when Dark Shadows debuted on ABC-TV as a daily Gothic suspense series. Airing in the late afternoon, the show attracted a massive youth audience as it shifted to the supernatural with the introduction of vulnerable vampire Barnabas Collins. Witches, ghosts and scary story lines turned Dark Shadows into a TV classic that led to motion pictures, remakes, reunions and legions of devoted fans who have kept the legend alive for five decades.

The feature-length documentary MASTER OF DARK SHADOWS reveals the fascinating history, far-reaching impact and lasting appeal of Dark Shadows with a compelling blend of rare footage and behind-the-scenes stories while also exploring the dramatic talents of creator-producer-director Dan Curtis. Known as the “King of TV Horror,” the Emmy-winning filmmaker followed Dark Shadows with other iconic genre favorites including The Night Stalker, Trilogy of Terror and Burnt Offerings before earning accolades for the epic miniseries The Winds of War and War and Remembrance.
Share