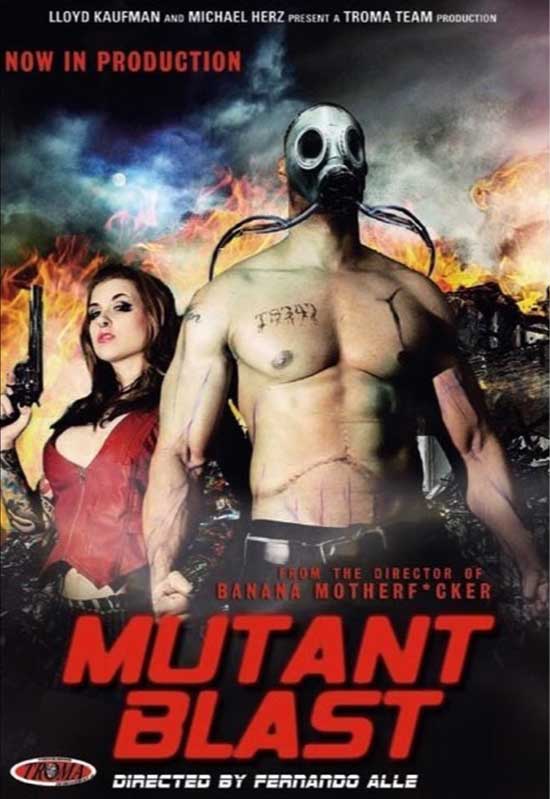 Once again, Troma produces movies of the future! The end of the world has never been such a blast!

A man with superhuman strength, a fearless, cis-identified female soldier named Maria and a hungover slacker with a furry friend for a hand are the only people the world can count on when a zombie apocalypse threatens to have a worse-than-nuclear bomb take out the entire population!

Director Fernando Alle has created a violent and hilarious spectacle in true Troma filmmaking tradition. With impressive practical effects, body horror that would make David Cronenberg smile and the first onscreen bromance between a mutant rat and mutant lobster man, Mutant Blast is guaranteed to be one of the wildest and craziest Troma productions yet!

Click here to watch the official teaser trailer and check out some more official stills from the film below!